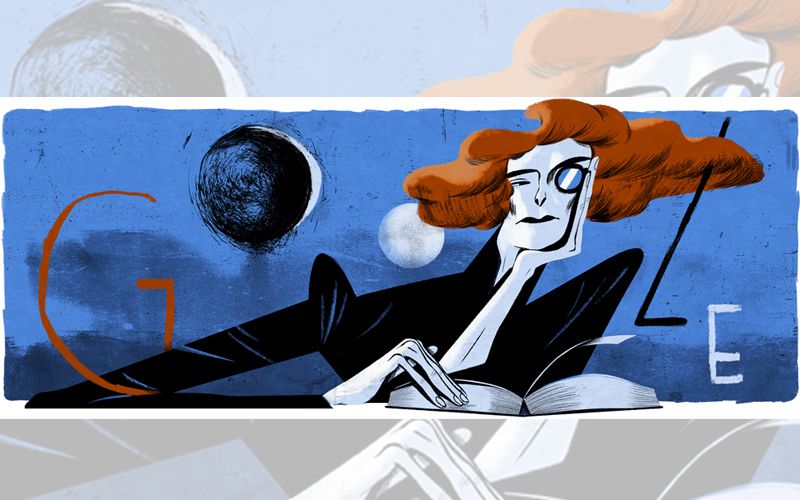 Today’s Doodle, illustrated by Moscow-based guest artist Maria Shishova, celebrates the renowned Russian poet and author Zinaida Gippius. Born in the town of Belyov on this day in 1869, Gippius wrote verse, plays, novels, short stories, and essays as well as founding and editing an influential journal called The New Path.

One of Russia’s best known female writers at the turn of the century, she is considered one of the founders of Russia’s Symbolist movement. Raised in a family with three younger sisters, Gippius began writing poetry at the age of seven and published her work as a teenager. Along with the writer Valery Briusov, the couple—known collectively as the “Brotherhood of Three”—ushered in new modes of thinking and writing during a period known as Russia’s “Silver Age”.

Their journal, as well as their salon in St. Petersburg, became a center of progressive art and culture, coinciding with a time of great social change in Russia.  Gippius’s verse was intensely personal and focused on individual feelings, and her stylistic and formal innovations would prove extremely influential.

With her absolute commitment to creativity, Gippius’s commitment to freedom of expression continues to inspire generations of artists.