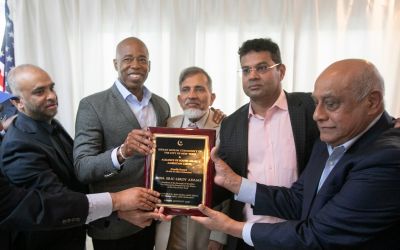 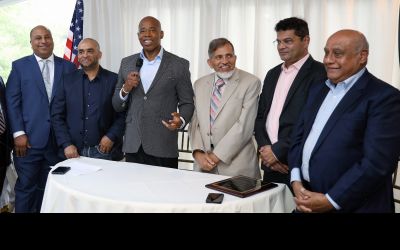 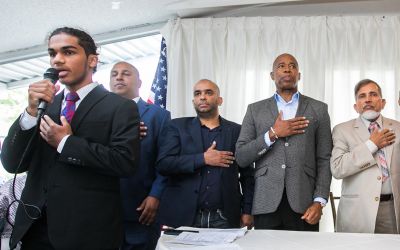 New York City Democratic Mayoral candidate Eric Adams was endorsed by Indian American community at an event held at World fair Marina in Queens on August 8, 2021. In his speech, Eric recalled his fight for Muslim’s rights during the 9/11 tragedy and the need for equal representation of all people and communities in the administration. He also urged people to come forward and donate for the election as he needs to raise $3 million, without which the win is not possible. In a previous interview, Adams said he was “running for the post of Mayor to deliver on the promise of this great city for those who are struggling, who are undeserved, and who are committed to a safe, fair, affordable future for all New Yorkers.”