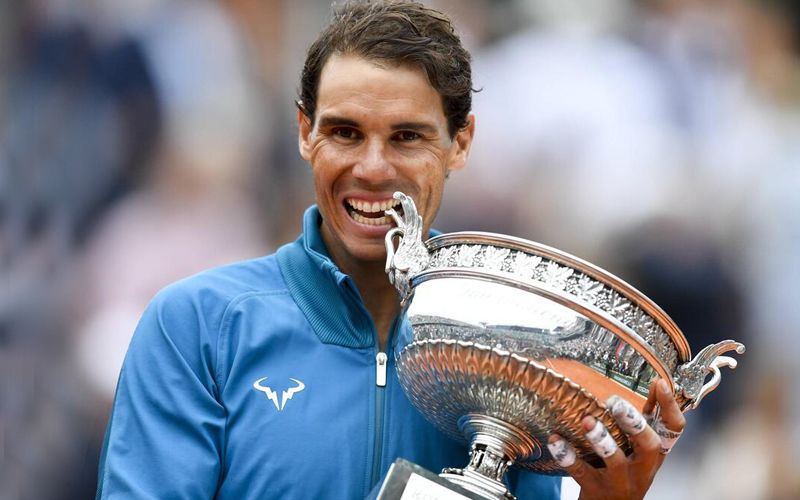 Spanish tennis great Rafael Nadal has said he was feeling confident after five days of pre-Wimbledon practice on grass at Santa Ponça Tennis Club, where WTA Tour's Mallorca Open is being held.

After winning a record-extending 11th French Open title earlier this month, the Spaniard withdrew from the Queen's Club Championships, a key Wimbledon tune-up played in London from June 18 to June 24.

In a press conference on Friday, the world number 2 talked about the state of his game ahead of the year's third Grand Slam event and what goes into having a successful run at Wimbledon, a tournament he has won twice, Efe news reported. "I played very well on clay, and that always helps....We have to bear in mind the Wimbledon courts, which are very special, and the draw is also important," he said, alluding to the possibility of facing dangerous, unseeded grass-court specialists in the early rounds.

Referring to his preparations in Calvia, a municipality on the Mediterranean island of Mallorca, Nadal said that "all has gone well and I would like to thank the Mallorca Open organisers for allowing me to train here. I had a very intense clay-court season, and my body needed some rest."

Nadal reiterated that the switch from clay to grass was tough on his 32-year-old body, but he also recalled that he was in excellent form last year at the All England Club despite coming off an equally long and demanding clay-court campaign.

"I'll play two exhibition matches (before Wimbledon, which gets under way on July 2), and it'll be a week to tighten things up before I arrive at a tournament where you never know how things might go," Nadal said. "I have good memories from last year. I lost (in the round of 16 to big-serving Gilles Muller), but I was playing at a very high level. Although a fourth-round loss is never an acceptable result for a player of Nadal's stature, his performance at last year's Wimbledon was arguably his best effort since a runner-up finish in 2011.   - IANS