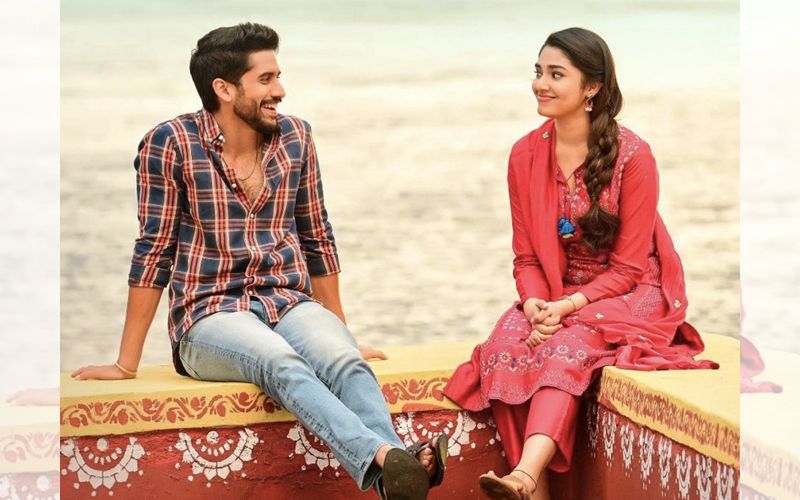 The makers of 'Bangarraju' have announced the release of the second single from the movie. Titled 'Naa Kosam', the second single is to be out on December 1. The lyrical song is to feature Naga Chaitanya and 'Uppena' fame Krithi Shetty as a pair. The makers also released a poster with the duo sharing a tender moment at a beach.

The music is composed by Anup Rubens, who gave a hit album like 'Manam' with Nagarjuna and Naga Chaitanya. The first single 'Laddundaa' was released a couple of weeks ago and turned out to be a hit song.

'Bangarraju' is in the final leg of the shooting, and it is expected to be released during Sankranthi. Directed by Kalyan Krishna Kurasala, the movie stars Ramya Krishna as Nagarjuna's partner, while Krithi Shetty plays Naga Chaitanya's love interest.