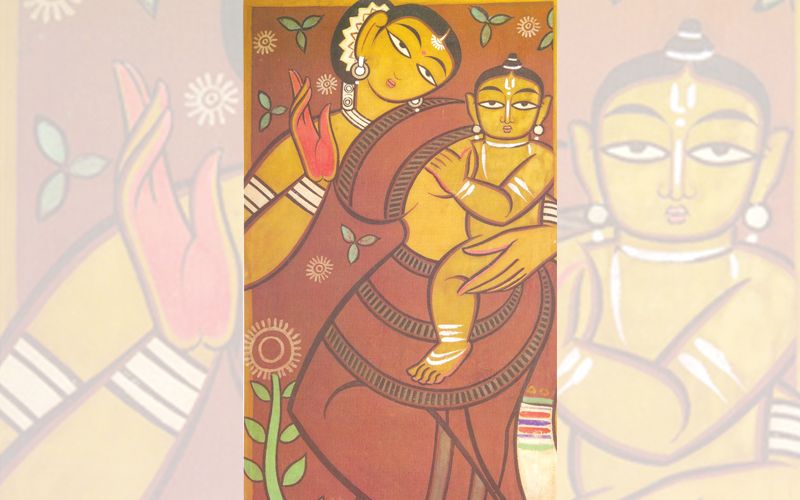 She is a birth giver, a nurturer, and a provider: she is a mother. In Indian society, a mother is considered a godly figure and the relationship of a mother and a child is said to be the purest form of selfless-love. Throughout the centuries, artists have depicted this precious bond in their craft to give us a glimpse into the society of the respective time. We’re taking a peek at some of the renowned artists and their remarkable representation of motherhood!

Jamini Roy (1887-1972)
Jamini Roy is one of the notable names of 20th century Indian Art. He was trained in the academic style of painting but later turned it down and emerged as a prominent modernist of the time with his artistic portrayal of society. Local folk traditions became one of the sources of his inspiration, and the subject of mother and child became usual.

This ‘Mother and Child’ painting depicts the intimate relationship between the two characters. Jamini painted a mother holding her child in her arms with sensitivity and tenderness. The protective nature of a woman towards her child is reflected through the way she is holding her child. And the innocence comes from their almond-shaped eyes and subtle faces with a hint of nature behind them. 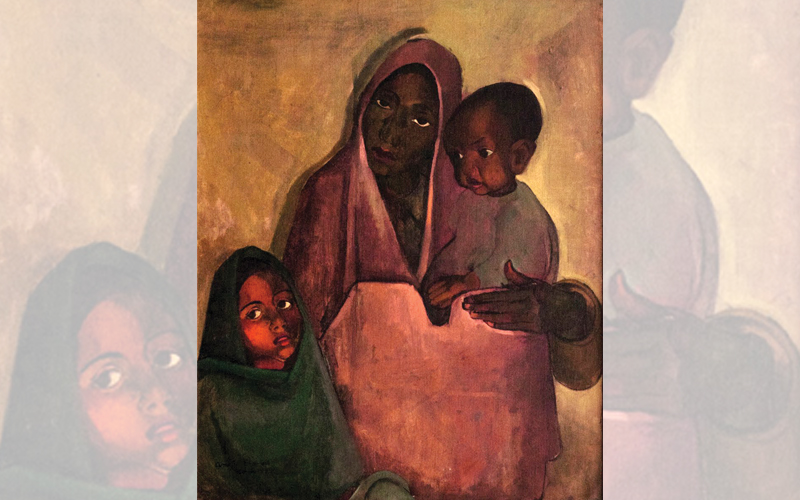 Amrita Sher-Gil (1913-1941)
In the mid-30s of the 20th century, Amrita Sher-Gil gave a fresh view to the Indian art and added a hint of empathy to the new visual reality. Her work is a glimpse of miniature Indian traditions. She started capturing poor Indian villagers into her paintings and the intimate portrayal of domestic scenes.

Titled ‘Mother India’ this painting features a mother and her kids. She is carrying a toddler in her arms, and a girl is sitting right next to her. In this piece of art, the mother is holding onto her kids, but there is a wave of sadness. And a sense of indefinable melancholy can be seen in the subjects’ big eyes. 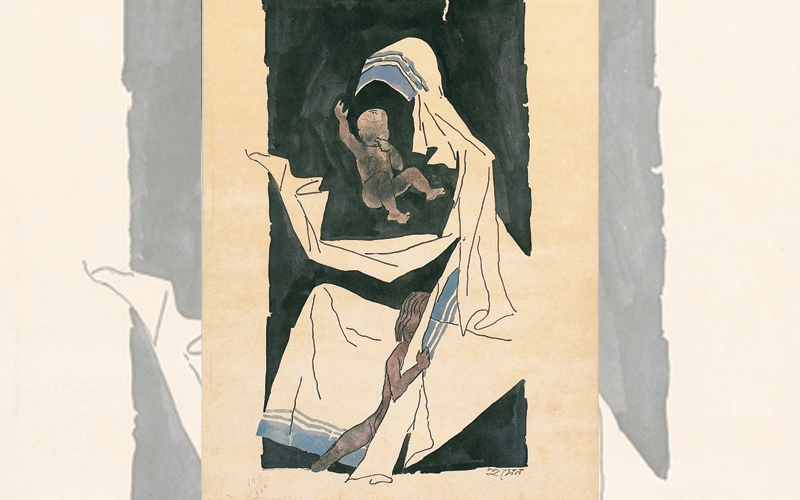 M.F. Husain (1915-2011)
Maqbool Fida Husain fondly known as M.F. Husain was an Indian painter known worldwide for his prolific craft. His series on ‘Mother and Child: A Tribute to Mother Teresa’ is one of his best-known works. He often used Saint Teresa of Calcutta as a symbol to represent the entire motherhood. His work is considered as a tribute to Mother Teresa for having immense love and care for humankind.

Even though there is no face in this painting, we can tell it is Mother Teresa looking at her signature white saree with a blue border. This piece of his art is a reflection of selfless love and limitless kindness that Mother Teresa had for everyone, children as well as adults. The figure is carrying one child in her arms while the other one is holding onto her. 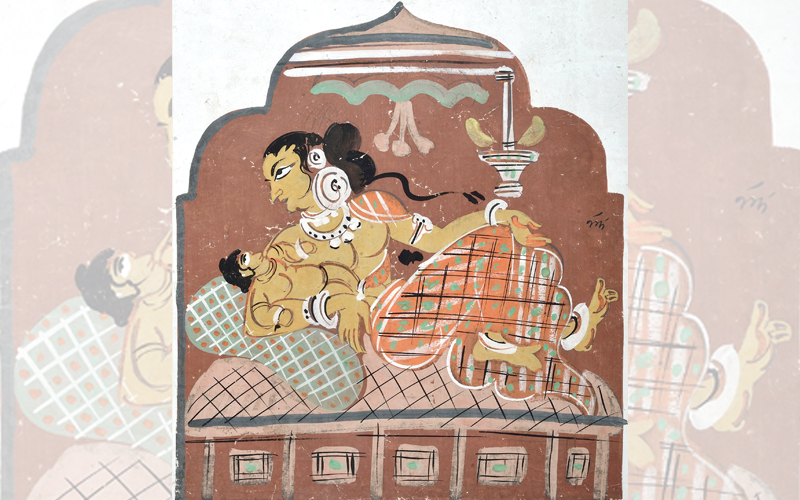 Nandalal Bose (1882-1966)
The potential of folk art and indigenous modes of expressions always fascinated the Padma Vibhushan winning artist Nandalal Bose. He used these elements in his art form to depict the local life. Reportedly, in 1937, Nandalal Bose at the behest of Mahatma Gandhi created the famous Haripura posters. Titled ‘Mother Feeding Her Child’; this piece is one of these collections.

This painting shows a deep connection between the two figures while the mother is feeding her child lying on a bed. Both the characters are affectionately looking at each other, and the mother can is smiling at her child. The details of the walls, lamps, and the mother’s attire give us a hint of village life and culture.

– SrivalliKasibhatta with inputs from Museums of India 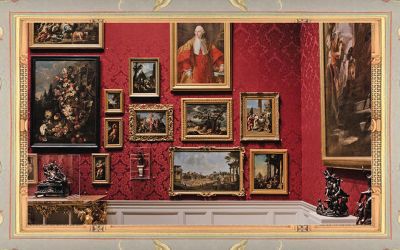 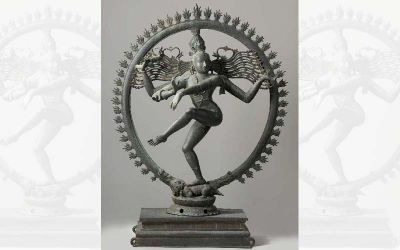 South Indian Art-forms You Should Know About