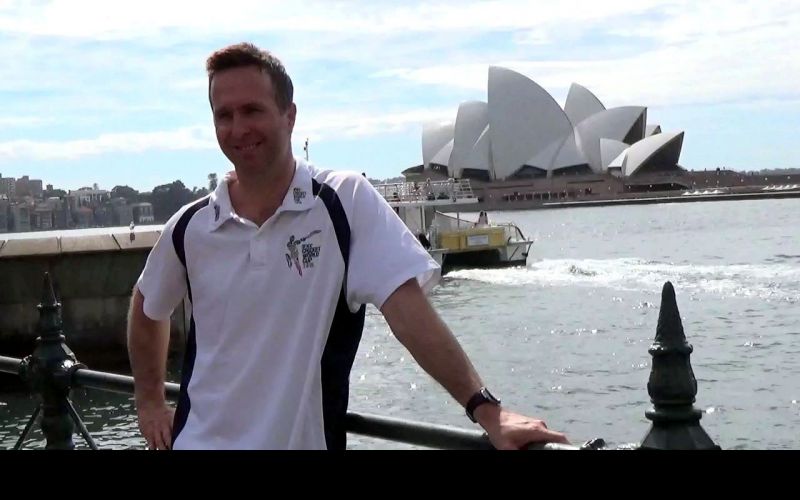 Former England skipper Michael Vaughan hailed Team India's performance following their emphatic win against West Indies in their World Cup game in Manchester, and said that the team, which will manage to beat the Men in Blue, will win the coveted trophy on July 14.

"Will stick to it... Whoever beats India will win the World Cup," tweeted Vaughan on Thursday after India defeated Windies by 125 runs.
The two-time world champions have been in great form so far in the ongoing World Cup and are the only unbeaten team in the tournament till now.

With five wins from six games (one having resulted in no result), India are currently placed at the second spot in the points table and have almost confirmed their place in the semifinals.

Meanwhile, Indian opener Shikhar Dhawan, who has been ruled out of the World Cup because of an injury, congratulated Virat Kohli's men and advised them to keep improving their game in the upcoming matches.

"They say the key to a successful team is balance and helping each other out. On a day when it looked like Team India may have gotten 30 runs short.

The bowlers have stepped up in style! Top performance by the lads. Well done Yuzvendra Chahal," said Suresh Raina.

"What a great win. Very impressive from Mohammed Shami . He has bowled with so much fire and zeal. India the only side to stay unbeaten," said former cricketer Mohammed Kaif while pointing out Shami's brilliant bowling performance as he scalped four wickets for 16 runs against the Windies.

"Another comprehensive win. Top effort from everyone. The bowlers were fantastic, great sign for the matches to come," Virender Sehwag said in a tweet.

"Dominance of the highest level from Team India. England must brace themselves, this Indian side is looking phenomenal dismissal of the day belongs to Mohammed Shami for cleaning up Shai Hope," said R.P. Singh while issuing a warning to England who will face India in a must-win encounter on Sunday.