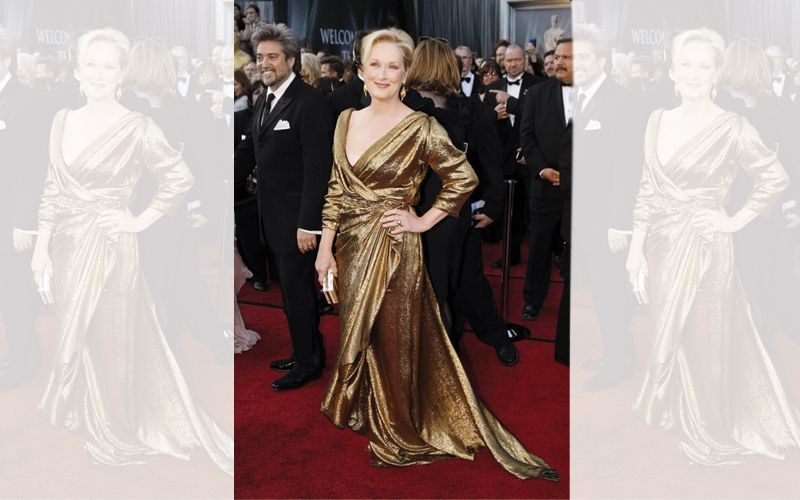 One of the most celebrated actors of our time, Meryl Streep is a true enigma. Her work has been critically acclaimed by audiences and critics alike, and she doesn’t seem to wear out. And since Streep attends the Oscars mostly to get some herself – considering her existing record for Academy Award nominations – she must feel the pressure to standout every single year. And at the 2012 Oscar awards, she didn’t disappoint. Meryl walked in wrapped in a custom made gold lame Lanvin dress. The belt was a woven gold and strass chain link piece that cinched the waist in and held the draped dress together. And the outfit was perfectly matched with the Lanvin mother-of-pearl minaudiere and her Salvatore Ferragamo gold lizard sandals. But the best part about the piece was that it was created with eco-certified fabric! And on a side note, the powerhouse also received the Best Actress that night for her portrayal of Margaret Thatcher in The Iron Lady. Surprise, surprise!    - PIC: PTI