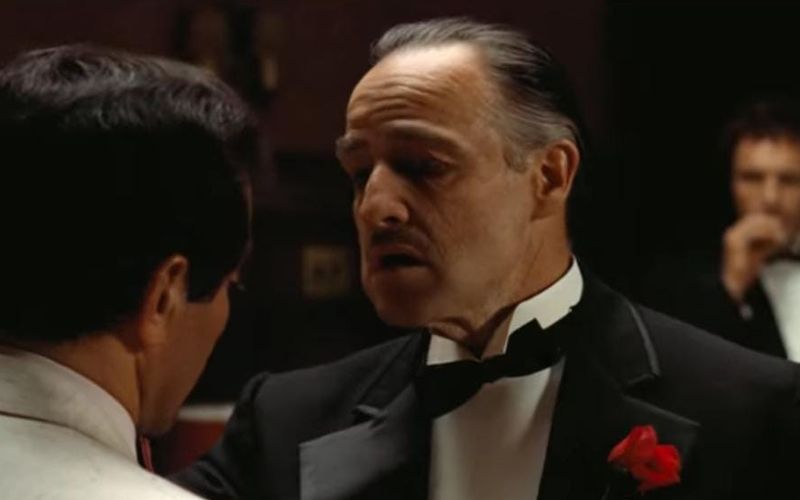 The trailer for the 50th anniversary limited theatrical re-release of Francis Ford Coppola's classic 'The Godfather', starring Marlon Brando and some of the greatest actors of all times, "is, if nothing else, a reminder that the great mobster movie unleashed some of the most memorable lines of dialogue in Hollywood history," reports 'Deadline'.

The one that is most often repeated: "I'm going to make him an offer he can't refuse." Only Brando could have made this line sound so sinister. Or the lines delivered by a young Al Pacino: "Don't ever take sides against the family again." And to Diane Keaton's character: "Don't ask me about my business, Kay."

Paramount Pictures released the new trailer on Thursday (U.S. Pacific Time) with the announcement that the film will have a limited 50th anniversary theatrical release in Dolby Vision beginning from February 25, exclusively in Dolby Cinema at AMC Theatres in the U.S. and international territories around the world.

A statement from Paramount Pictures introducing the trailer reads: "No movie changed Hollywood more than The Godfather. From the bestselling novel by Mario Puzo to box-office blockbuster, its influential legacy endures to this day."

The statement notes: "Starring Marlon Brando in his Oscar-winning performance as the patriarch of the Corleone family, this first instalment in the three-movie saga paints a dramatic portrait of the Sicilian clan's rise and near fall from power in America.

And it concludes by reminding the film's diehard aficionados: "Balanced between the Corleone's commitment to family and the ugly crime business in which they are engaged, it features career-making performances by Al Pacino, James Caan, Talia Shire, Diane Keaton and Robert Duvall. This searing and brilliant masterpiece garnered 10 Academy Award nominations, and won three, including Best Picture."

According to 'Deadline', all three films in the trilogy -- 'The Godfather', 'The Godfather: Part II', and Coppola's recently re-edited version of the final film, 'Mario Puzo's The Godfather, Coda: The Death of Michael Corleone' -- have been restored under his direction and will be made available on 4K Ultra HD and 4K Ultra HD Blu-ray for the first time ever on March 22.     - IANS

Also Read: Armie Hammer out of series on making of 'The Godfather'