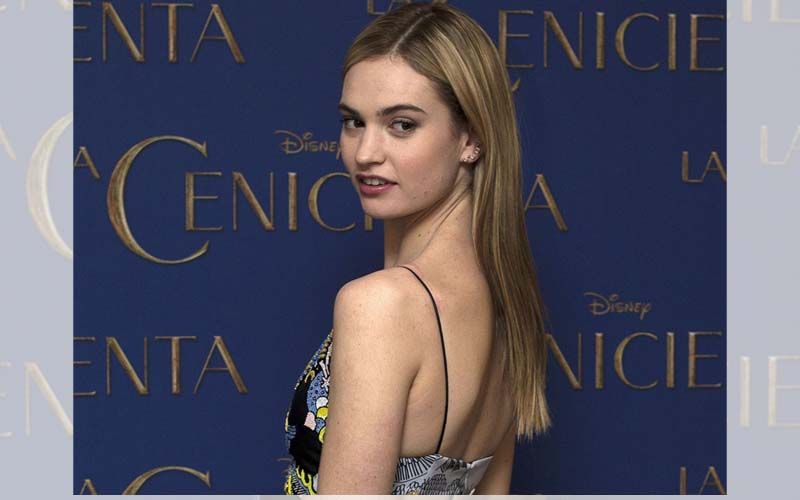 Popular actress Lily James has revealed that she loved portraying the classic role of Cinderella in the recent live action version of the Disney film, but now wants to let that image go. She told Harper’s Bazaar UK Issue in an interview that she wants to shed the image of herself as a “blonde, sweet thing’, as that is “so not her.” She also admitted that she is “actively seeking” different and unique roles and characters that will help her branch out. Shockingly, many might not know that the actress is to turn 30 in April, so she is looking to do diverse and mature roles.

James explained, "Cinderella was a gift, and I will treasure it for the rest of my life. But I wore a dress for the 'Mamma Mia!' premiere that was blue and white, and when I got out on the red carpet, all anyone said was 'Oh it's Cinderella!'

"It's a happy association, but also something that you want to shed at some point… The blonde, sweet thing is so not me. I'm actively seeking characters from now on that are different, who don't rely on charm or the qualities that I think I've explored quite a lot."

The actress stole viewer’s hearts with her roles in Cinderella, Downtown Abbey, Mamma Mia!, and Baby Driver. The 29-year-old has been in dating Matt Smith since way back in 2014, and has also opened up about her age, saying, "It is a real turning point. My twenties have been so chaotic, and I've always looked forward to 30 as being an anchor point. You stop caring so much about what other people think, and become more secure in your own life."