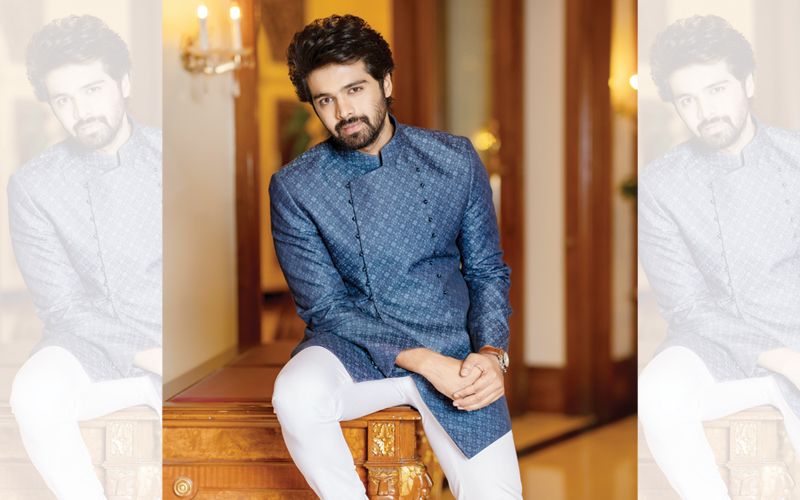 He’s been around in Tamil and Telugu filmdom for almost a decade and has some really interesting films to his name. But actor Adith feels that it’s a long way to the top. He characterises his journey as beautiful, but one that’s been filled with setbacks and learning.

First things first, tell us about your role in 24 Kisses.
I play the role of a National Award-winning filmmaker who does a lot of work with kids. It’s a very interesting role and was fun to play.

You’ve been hailed as the Emraan Hashmi of Tollywood. What are your thoughts on this?
I actually take that as a compliment as he’s a very successful actor. Our job as actors is to entertain, and if I’m doing that then there’s nothing like it. Being called Emraan Hashmi is a better identity than a lookalike of Ram Pothineni.

Did your girlfriend have a problem with your kissing a heroine so many times in a film?
Not at all, she was actually very supportive of it all. She understood that it’s a movie and we were only acting. And Hebah too was very easy to work with as a co-star.

It’s been almost a decade since you entered the film industry. Looking back, is there anything you would have done differently?
I’m so glad that somebody actually noticed that I’ve been around for almost 10 years (laughs)! It’s been a very tough journey, especially since I didn’t have any family or support system from the industry. It’s been quite a struggle. As the AC/DC song goes “It’s a long way to the top if you wanna rock ‘n’ roll”.

There are a lot of things I would have done differently, because I am wiser today than I was before. But I’m glad of the way things happened because they shaped me into the person I am today, not just as an actor but as a person. I’ve learnt to be more humble and to appreciate failure. I don’t see failure as a failure, I see it as a setback through which you learn, fix things and move forward. These setbacks in fact teach you a lot more about life.

Tell us about your upcoming projects.
I’m doing a film called Dude which is about three friends – played by Prince, Priyadarshi, and I. It’s a really fun, travel film. We’ve finished 50% of the film so far. I’m doing another movie called Jigel, which is a comedy thriller. It’s from the producers of Mantra. And there’s another project for Studio Green – an untitled project that’s a remake of a Tamil adult horror-comedy film, which was a super hit. We’re remaking it in Telugu now.

How has the journey been?
The journey has been beautiful. I’m not someone who sees success and backs down. I believe that you only quit when you stop trying, and in my head I had decided that I’m never going to stop trying. I would have probably continued trying even until I was 50 if I hadn’t got a break. It’s been hard and rough too, but I enjoyed every bit of it. You know, in school there used to be the kid who liked the easy math problem, and then the one who liked the tough math problem; I’m the one who likes tough problems. I believe that after a point, easy gets boring. Besides, something that comes easy can go easily, too. 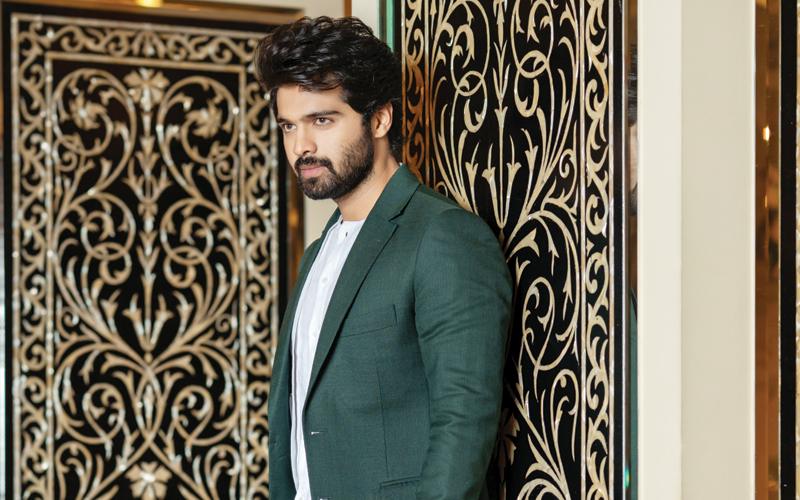 What is your most memorable moment on the sets of any film?
I love the whole process of filmmaking and I cherish every moment of being on set. I didn’t come here to be a superstar or anything like that; I came because I love the process of making films. I’ve had so many memorable moments through these 10 years that it’s hard to pick. But one moment I can’t forget is when I was doing an underwater sequence for PSV Garudu Vega, in which I was supposed to be scuba diving and I dropped my mouthpiece for a few seconds. I was handcuffed to the vehicle in the scene and at that moment I actually thought that I wouldn’t last, but I kind of swam my way out. It was at that moment that I realised I was doing a hazardous job; it’s not an easy job to do.

Which film has had the most impact on your life?
Every film that I’ve done has changed me in some way – whether it was a success or a failure. But the one film that has changed things in a really good way is PSV Garudu Vega. The opportunities I’ve received after this film have been great, and I’ve been able to capitalise on them really well.

What do you do when you’re not working?
I do too many things. I run a chain of fitness studios, I have an active business, I’m an avid traveller, I like to read and work on my craft. I also try and spend as much time as I can with my family.

What are your other interests?
I’m an adventure junkie and a water baby. I love to deep-sea dive, surf and swim, and I take every opportunity to do so. Actually, any form of physical activity interests me. I was in Japan for a trek recently and I trekked up Mount Fuji.

What are your thoughts on Independence Day?
It’s been more than 70 years since we’ve been an independent nation. I think we’re slowly coming to a point where we’re forgetting the importance of it. There are several countries that are ruled by monarchs and dictators, and nations where there is still so much war even today. So, I’m glad that I’m living in a country that does not face all this. Corrupt or not, at least our nation is protecting its citizens. Independence Day is one day that you can recount and realise how lucky you are about living in a nation like ours. It’s a good reality check. We may not have the most politically sound system, but we’re a work in progress.       ---- as told to Niharika 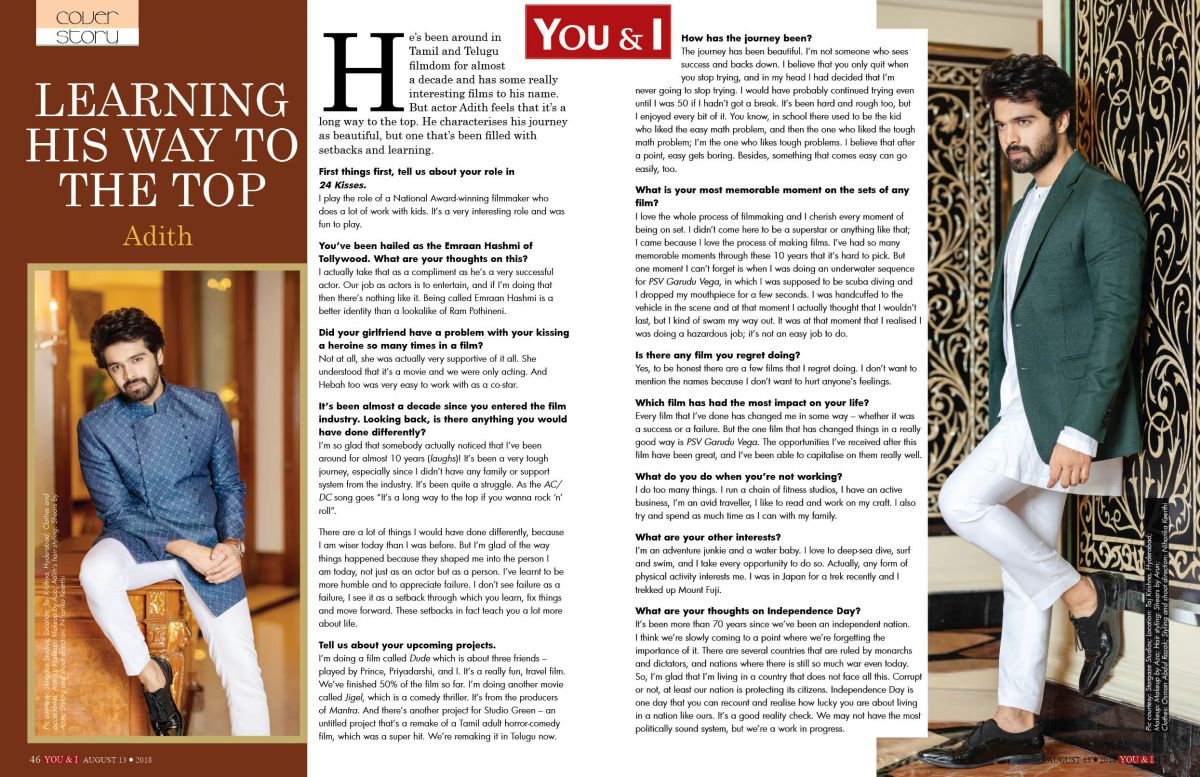 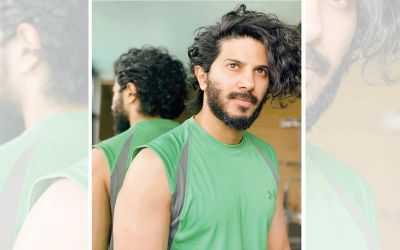 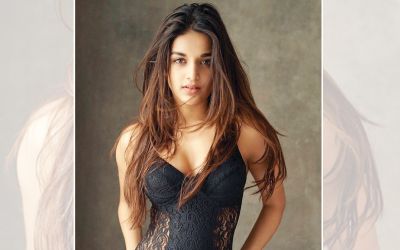