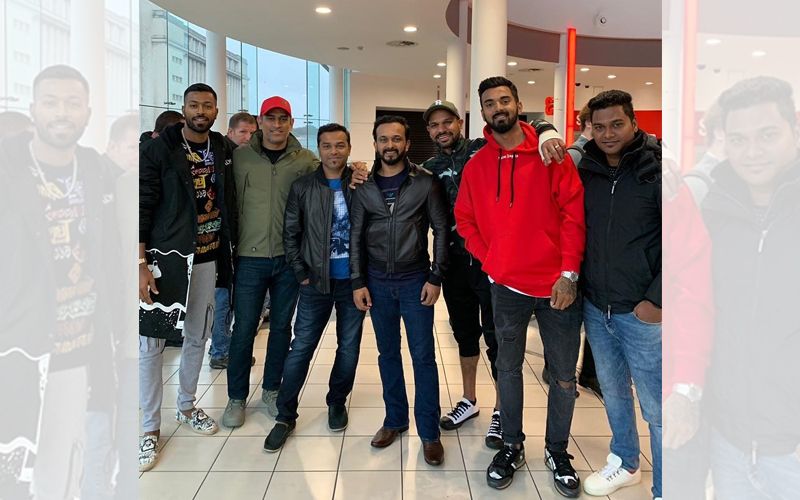 Some players of the Indian Cricket Team took a break from their ongoing World Cup routine and headed to watch the Salman Khan starrer, Bharat in England. When Kedhar Jadhav tweeted a picture of their outing, Salman appreciated their act and assured the cricketers saying, “pura #Bharat apke sath hai (India is with you].”In the picture, we can see Hardik Pandya, MSD, Shikhar Dhawan and KL Rahul with Kedhar Jadhav.

Though Bharat received mixed reviews, the film went on to make 250 crores at the box office. However, all films are going to find it tough to make their money during the World Cup season. Trade analyst, Taran Adarsh says that the upcoming match between India and Pakistan is sure to “make a big dent in the business.”

Meanwhile, the men in blue are all set to face table toppers, New Zealand on Wednesday, followed by arch rivals, Pakistan on the 16th of June. With matches being called off due to bad weather, we can only hope to be lucky! Well, we hope the skies are as bright as our jersey even though the weather forecast predicts a gloomy day, tomorrow!