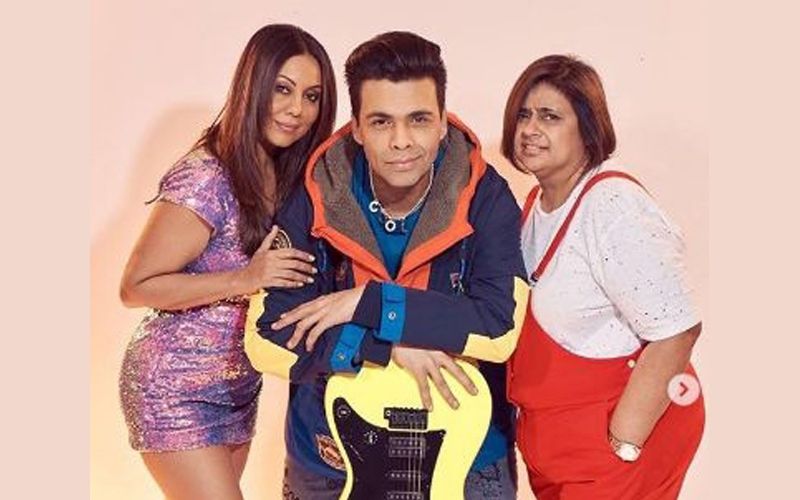 Karan on Tuesday night shared a string of photographs of their look from the party. One picture even had an "embarrassed" Shah Rukh photo bombing, as Karan and Gauri posed for the camera.

"So breaking news! We attended our dear friends @bindraamritpal's 90's BOLLYWOOD theme bash! So 'Kuch Kuch Hota Hai' it was for us! Gauri Khan channeled her inner Tina, Putlu channeled Anjali and I of course had to be RAHUL!!! Don't miss the most embarrassed @iamsrk photo bombing our poster recreation!" wrote Karan.