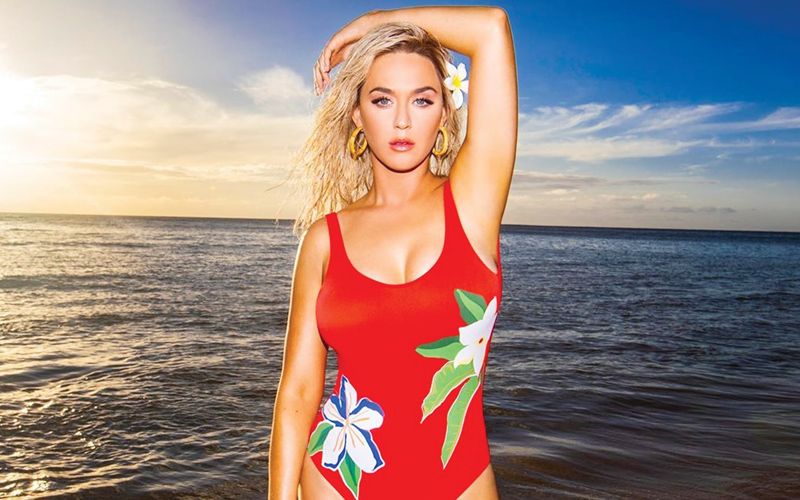 Singer Katy Perry likes to push the darkest moments of her life and channel her emotions into upbeat songs.

The pop superstar, who has gained global fame with hits including ‘Firework’, ‘Roar,’ and ‘Dark horse’, has always been candid about her constant struggle with darkness, and how she overcomes it.

Asked how she manages to push herself to write upbeat songs when she is down, Perry said: “Actually, I think it’s kind of like, my higher self or my better self from my spirit side just takes the wheel and says, ‘scoot over, I’m gonna start channelling a little inspiring message for you from the heavens and hopefully it will inspire you to continue further and therefore maybe inspire someone else’.”

“When I write songs like ‘Firework’ and ‘Roar’, it’s not because I’m like ‘Yay’, it is like ‘I’m really bummed’ and I have to push myself into thinking in a different way. And through that push, I usually get something special,” she added, and joked: “There is a lot of pushing in my life and a lot more pushing coming up.”

Amid the pandemic and the quarantine, Perry is looking forward to giving birth to her first child with fiancé, actor Orlando Bloom. She is keeping a positive outlook throughout – something that can be sensed through her posts on her social media handles.

“Yeah, it is good, and I am happy, and my body feels good,” she said, when asked about her pregnancy during a special virtual press event held before her first-ever performance at the Tomorrowland Around The World – The Digital Festival this weekend.

She says a happy state of mind means she “can give a great performance”.

Asked if it will be her last performance before she gives birth, she said: “I actually think it is possible.”

“I thought it was so innovative and so resilient of a festival to say ‘okay, we are just going to pivot and we are going to bring something really technically advanced and difficult, but we are going to create something beautiful out of this mess’. So I really admire and respect how the festival went and did it. And basically, some of my other pop friends have done the festival, and I felt really in sync with the roaster of all. I am happy to be invited and included in this kind of new way of doing it,” she said.

Perry, also known for her songs such as ‘I kissed a girl’, ‘Swish Swish’ and ‘Bon Appetit’, has prepared a special set for the performance, and says it is not going to be “just the original versions”.

“I think it’s really important to know your audience and I definitely made a setlist based on that. There’s going to be my new song ‘Smile’ and a little bit of my new song ‘Daisies’. So, it’s not going to be just the kind of original versions,” said the 35-year-old.       - IANS