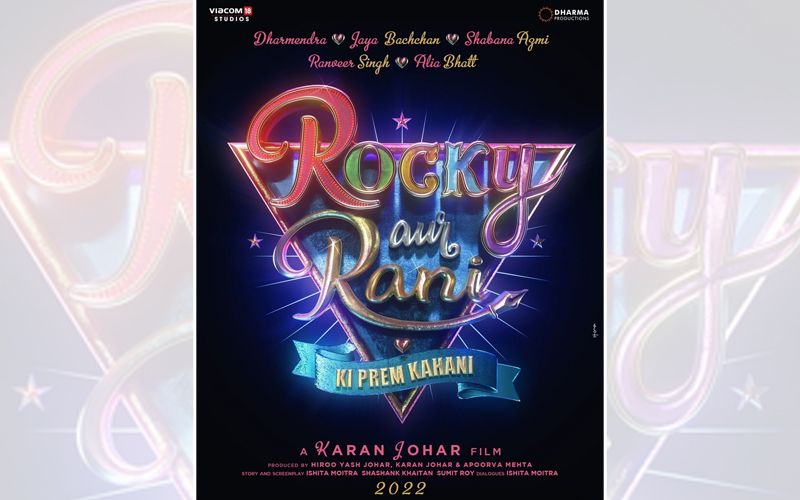 Filmmaker Karan Joharrevealed the first look of his new directorial, Rocky Aur Rani Ki Prem Kahani,on his social media handles on July 6. The film has a star-studded cast comprising Ranveer Singh and Alia Bhattalong with veterans Dharmendra, Jaya Bachchan and Shabana Azmi. The announcement was made on  Ranveer Singh's birthday.

Taking to Twitter, Johar said he will be directing his "favourite people" Alia and Ranveer and an ensemble cast in a love story that is going to redefine your usual love stories.

"Thrilled to get behind the lens with my favourite people in front of it! Presenting Rocky Aur Rani Ki Prem Kahani, headlined by none other than Ranveer Singh and Alia Bhatt and written by Ishita Moitra, Shashank Khaitan&Sumit Roy," Karan Johar tweeted.

Ranveer, too, took to Twitter to announce his new film.

Alia wrote in an Instagram post: "Legendary, evergreen and inspirational! Meet the rest of the pillars of this kahaani - Dharmendra, Jaya Bachchan & Shabana Azmi! #RockyAurRaniKiPremKahani #RRKPK."

Scheduled to release in 2022, we can’t wait to see what the talented team of Dharma and the legendary cast has in store for us!