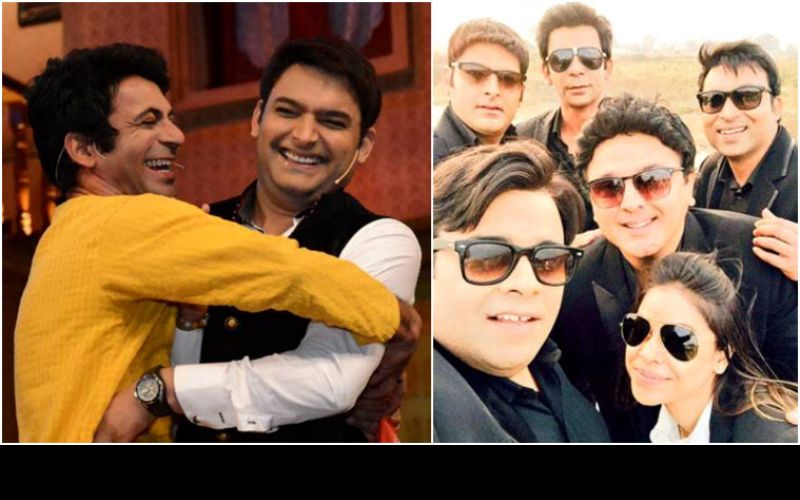 Lately kapil Sharma has been in headlines due to an ugly spat with Sunil Grover who are seen together in the popular comedy show ‘The Kapil Sharma Show’. According to reports both Kapil Sharma and Sunil Grover had a fight when they were flying back to Delhi from Australia after wrapping up the show. Kapil had a big argument with his whole team and threatened them to destroy their careers.

According to an eye witness as told to ‘Hindustan Times’, Kapil was visibly drunk after consuming a whole bottle of whiskey. Kapil became furious as his team began eating before he did. Kapil started saying “Jab maine khana shuru nahi kiya toh tum logon ne kaise le liya khana?”, the argument turned out of control as Kapil got up, took his shoe and hit Sunil , caught his collar and repeatedly slapped him. The eyewitness also said that Kapil on top of his voice, said “Tum logon ko maine banaya hai. Sabka career khatam kar dunga. Sabko nikaal dunga main”. However in a recent interview with ‘indiaexpress.com’ when Sunil Grover was asked about quitting the show, he said he has not yet decided. Co-stars Chandan Prabhakar and Ali Asgar have refused to shoot for the show in support of Sunil Grover.

Kapil Sharma tried to clear the air with a facebook post that said that he shouted on Sunil Grover for the first time in five years of their friendship. He wrote “I meet my brother once in a year.. n spending almost everyday with my team.. specially sunil .. I love him.. I respect him.. yes I had a argue with him.but r we not normal people..?I shouted at him first time in 5 years .. itna to chalta hai bhai. we will sit n talk that where is the problem.. I love him as a artist as a human being”.