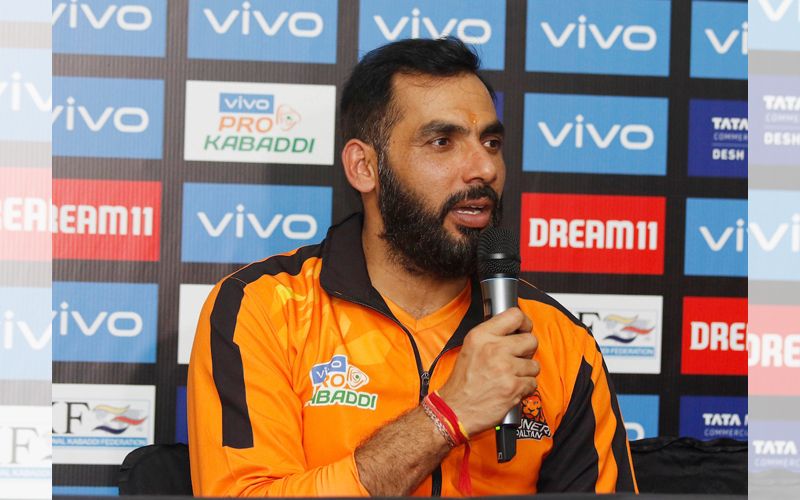 The cool and composed Anup Kumar is known for leading India to a historic win in the 2016 Kabaddi World Cup. Anup has been an active supporter of kabaddi and has been part of the prestigious Pro Kabaddi League since its inception, he joined as a player and now is the coach of the Puneri Paltan franchisee. He has had an elaborate career as a player and now aims at training youngsters to do better for the sport.

Anup has also been actively performing his role of a Police Inspector for the Haryana Police Department and has been serving the nation during this tough period of COVID – 19, urging people in his district to stay home and do their part as a citizen of the country.

While speaking about his police duty on Pro Kabaddi's weekly Instagram Live chat series ‘Beyond The Mat', Anup said, "I have been posted in Rewari, Haryana and I try to go on duty as much as possible so that I can help out on – ground and convince people to stay at home. My only request to all is to follow the guidelines of the government and stay at home because that is the only way we can stop this problem."

Anup credits his coaches from CRPF for helping him to excel in the game and start his kabaddi career. His guidance has helped other players to improve their game and perform better and his cool and calm nature during tough situations helps him to take better decisions. Anup has been part of many memorable matches a few out which he played in the 2016 Kabaddi World Cup.

While speaking about India's surprising loss to South Korea in 2016 World Cup, Anup said, "With every loss we learn a lesson, personally, I feel I made a couple of mistakes during the game which would have cost us the match, it was saddening but our coach never lost hope and kept motivating us. We played every game after that with more confidence and I knew that we had an outstanding team which could win the tournament."    - IANS