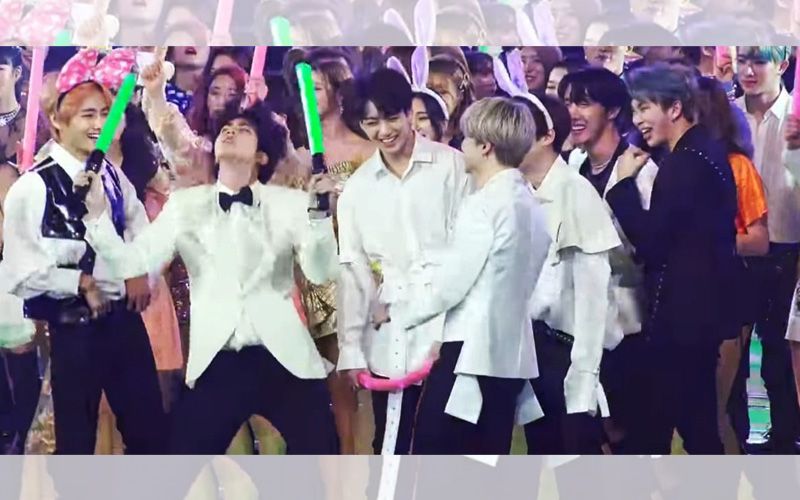 Do you remember the "Gangnam style" by Psy, which was released almost nine years ago in 2012? The K-pop star went viral within a few hours and was a rage for months. However, the generic craze that kickstarted with Psy somehow did not sustain that initial frenzy at a global level.

The scene has been different for Korean pop since then -- particularly bands like BTS that have scaled every high from the Grammys to global countdown charts. Several bands have come up and taken over the world by storm since then. IANS does a recce of the K-pop scene, as the genre continues ruling the globe with its synchronised choreography, hip-swinging hits and good-looking band members.

The band made their smashing debut in 2013. Christened BTS, or the Bangtan Sonyeondan, they are a septet comprising Jin, Suga, J-Hope, RM, Jimin, V, and Jungkook. The band is also known as the Bangtan Boys. They have a following of 30.9 million on Twitter and 44.2 million on Instagram. They have smashed their own record with their latest track "Butter", which garnered 10 million views on YouTube in just 13 minutes upon release.

They are the biggest K-Pop girl band. The quartet, consisting of Jisoo, Rose, Lisa, and Jennie, made their debut in 2016. Blackpink were the first Korean girl group to enter and top Billboard's Emerging Artists chart and top the Billboard World Digital Song Sales chart three times. They have broken numerous online records so far. Their music videos for "Kill this love" and "How you like that" set records for the most-viewed music videos within the first 24 hours of release, with the latter breaking three and setting two Guinness World Records.

EXO was formed in 2011 and they made their debut in 2012 with 12 members. They were divided into two subgroups called EXO-M and EXO-K, performing in Mandarin and Korean languages respectively. The band was touted as the "most influential celebrity" by Forbes Korea Power Celebrity in 2014 and 2015. Currently, EXO is a nonet comprising Xiumin, Baekhyun, Suho, Lay, Chen, Chanyeol, Sehun, D.O., and Kai.

The group has Nayeon, Jeongyeon, Momo, Sana, Jihyo, Mina, Dahyun,Chaeyoung, and Tzuyu. It was formed through a television programme in 2015 and rose to domestic fame in 2016 with their single "Cheer up". Twice became the first female Korean act to simultaneously top both the Billboard World Albums and World Digital Song Sales chart, with the release of their first studio album "Twicetagram". They have been dubbed the next "Nation's Girl Group".

Tomorrow X Together are popularly called TXT. They are known as the "it boys" and are number five on the Billboard 200 chart. The quintet comprises Yeonjun, Soobin, Beomgyu, Taehyun and Huening Kai. They made their debut in March 2019 with their maiden mini album titled "The Dream Chapter: Star". The band has a following of 6.9 million on Twitter and 8.6 million followers on Instagram.

The quintet comprises Irene, Seulgi, Wendy, Joy, Yeri. They made their debut in 2014 with the single "Happiness". Their fifth member Yeri joined the group a year later in 2015, following their first major release, "Ice Cream Cake". The group is known for their distinct concept, explained by two images -- Red, which is the brighter side, and Velvet, which indicates their softer side.    - IANS