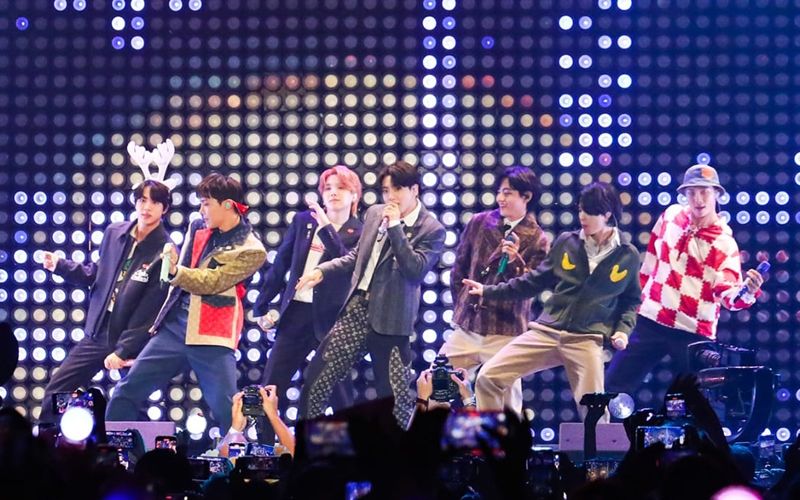 South Korean superband BTS has taken the opening stage for the Los Angeles stop of this year's iHeartRadio Jingle Ball Tour, the largest year-end radio show in the United States, the group's agency has said.

The septet performed its English-language hit singles 'Butter' and 'Dynamite', with the latter sung in a "holiday remix" version in time for the Christmas season, during the show on Friday (U.S. Eastern Time), reports Yonhap News Agency quoting Big Hit Music.

"It's really nice to be on the Jingle Ball stage again in two years. I missed you all," the group said. "We will focus on enjoying every moment with ARMY (BTS fans) next year."

BTS took part in the annual music festival in 2019 and an online version of the event last year because of the coronavirus pandemic.

Among the big names who also hit the same L.A. stage as BTS this year were Ed Sheeran, Doja Cat, Lil Nas X and The Kid LAROI.

Before the year-end radio show, BTS threw its first in-person concerts in two years in Los Angeles on November 27 and 28, and December 1 and 2. The four concerts, titled 'BTS Permission To Dance On Stage -- LA', at SoFi Stadium, have drawn a combined audience of 214,000 fans, according to the agency.