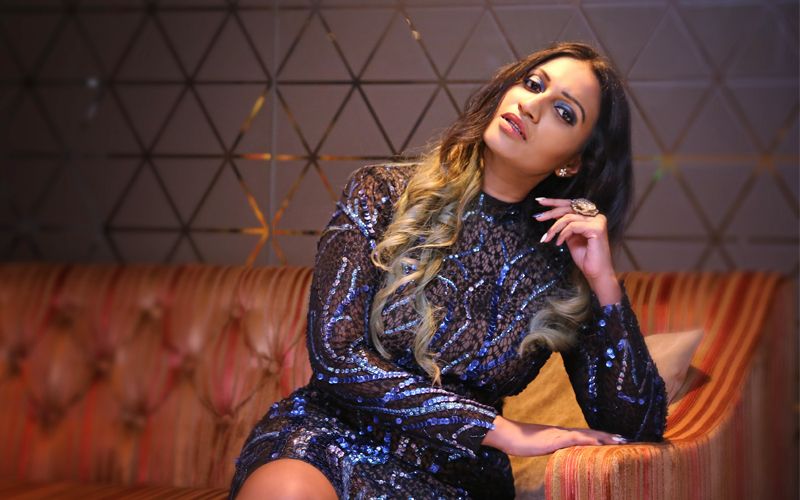 Award-winning TV anchor, emcee, and show host Kavea R. Chavali has been in the media and entertainment industry for over seven years now and has more than a thousand events to her credit. An engineer by training, she reveals that her initial practice of reading newspaper and video-making helped her a lot in her chequered journey. Kavea shares her story with You & I

How challenging do you find anchoring to be?
It’s challenging if you are unprepared. Preparation is a must: be it for your understanding of the agenda of an event or your dress, your hairstyle, your script or the tonality. Also, anchoring for live shows has no retakes so spontaneity takes over the comfort of a studio recording. I find anchoring, more than a challenge, a gift to being the news and the news-maker at the same time.

You have hosted more than 1300 events till date. How has the experience been?
Well, my journey has been intense yet extremely satisfying, adventurous yet fun-filled. From explaining to people what an emcee is, to do good shows for a smaller amount just for the sake of experience, it’s been a life that I could proudly say my own. From arguing for payments to travelling at unearthly hours, from hosting the most prestigious shows to also landing in some ‘Why am I here?’ shows, it’s been a roller-coaster ride. But, no complains, they have all been stepping stones to make me reach where I am today!

Ever thought of getting into TV Journalism as well?
Oh yes, I wanted to pursue Mass Communication instead of Engineering but then getting good marks in 12th standard resulted in my dad pushing me towards the latter. Also, I come from a small town Kakinada (AP) where, back then, the awareness about other subjects was relatively less. After quitting my first job, I joined a TV channel as an anchor. Later, to learn the ropes of being an anchor, I indulged in political and city reporting where I also covered the Vidhana Soudha Budget Session in Bangalore. I have a high dose of curiosity in me.

How did AIB happen to you in 2017?
Oh, that was a cool stint with such brilliant minds. They were hunting for twins for the role of Geetha and Boobita and zeroed in on our names after certain suggestions they received. The script written by the team was so good and relevant that we just had to be part of it. What a fabulous experience it was!

Any offer or plans of getting into web-series or short-films?
Yes, I have been approached with some interesting scripts but having my shows schedule blocked until February 2019 has put my priority to a slight delay in signing them. I have shot for short films already and voiced some that were screened at Cannes recently. So my creativity quotient is satiated in some way or the other.

With such a long journey and the best anchor award to your credit, do you feel you’ve come a long way in a relatively short time?
Oh yes, I guess it’s the initial practice I did at home with the newspaper and video recorder that helped. I realise now that honing the skills and a good dose of talent has helped me move forward successfully.