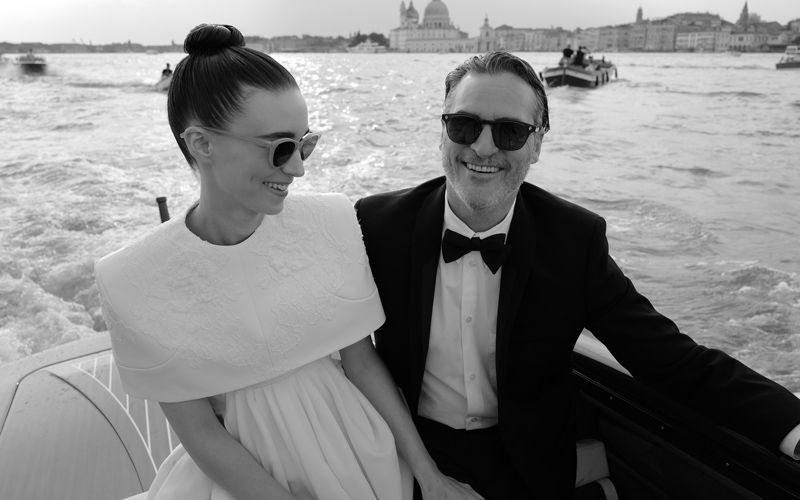 Star couple – Joaquin Phoenix and Rooney Mara was once again the centre of attraction and caught the eye of the global media when they made a rare appearance together at the 77th Golden Globe Awards. The couple did a play-acting moment on the red carpet – Joaquin stopped midway down the red carpet and theatrically glanced at her fiancée, who was emoting with his hand on this face. This super cute moment left all their fans in complete awe.

Joaquin Phoenix won the hearts of millions across the world when he thanked Rooney while accepting the Golden Globe awards for the best actor in a Motion Picture (Drama) for his role in the movie Joker. Tearful, he said – “Rooney ... I love you.” And the audience broke into an “aww!”

This cute red carpet romance has encouraged us to mention a quick timeline check of the duo’s sweet love story, and here’s how it all happened!

The duo met for the first time in June 2012 on the sets of Her, a sci-fi romance movie. And this is where their love story began to blossom. Joaquin told a magazine that initially he believed that Rooney disliked him while making the movie, only to discover later that she like him but was just too shy! In October 2016, the duo worked together again in Mary Magdalene. In this movie, Rooney played the lead and Phoenix played the role of Jesus. It was during the making of this movie that the dating rumours surfaced. At the 70th Cannes Film Festival in May 2017, the two stunned everyone when they made a public appearance as a ‘couple’.

In an interview in September 2017, Joaquin revealed that he is in a live-in relationship with Rooney. He further added that they enjoy meditating, relaxing with their dogs, and watching Netflix. In January 2019, the couple had more frequent public outings. The duo was spotted together at various different occasions throughout the year. In July 2019, several publications reported that Joaquin and Rooney were engaged! And at the recent Golden Globe Awards 2020, the pap couldn’t help but click a zillion pictures of this uber-cute couple!     - IANS