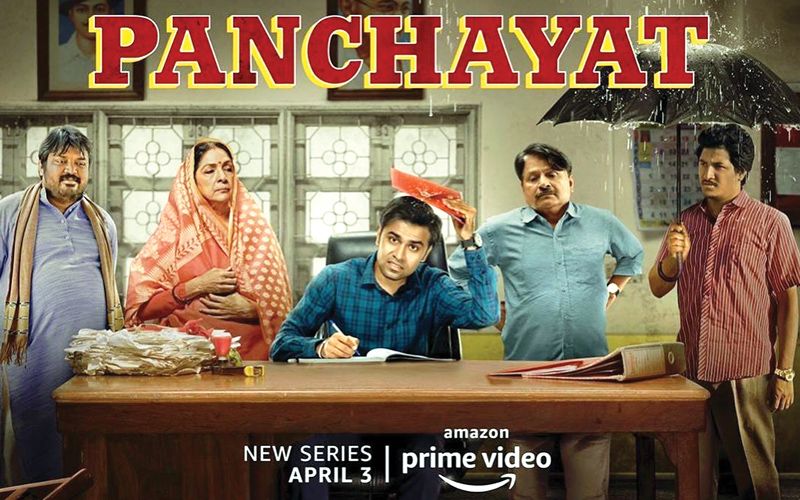 The web series Panchayat is gearing up for a second season, confirms the show’s lead actor Jitendra Kumar. “Actually, the lockdown started soon after we finished the first season, and things came to a halt. Writing and story lineup for the second season is already underway. Official planning will be done after the lockdown is lifted. But yes, it’s on,” Jitendra Kumar told IANS.

After his feature debut in the Ayushmann Khurrana-starrer Shubh Mangal Zyada Saavdhan earlier this year, and with Panchayat finding a ready audience on Amazon Prime, the actor is gearing up for the release of the digital film Chaman Bahaar.

“It is a one-sided love story of a paan shop owner. The story is about a young man who runs a paan shop but does not get good business. Suddenly a beautiful girl shifts in the locality with her family, and he falls for her at first sight. Soon, young men start flocking to his paan shop to catch a glimpse of the girl who lives opposite the shop. As a result, he starts getting good business. But now also he isn’t happy because he doesn’t like all these men looking at her and talking about the girl he admires! Only, he looks at the girl from a distance but can never gather the courage to talk to her,” revealed the actor about Chaman Bahaar, which will stream on Netflix.

Talking about what intrigued him to play a character like this, the actor said: “This is something that we get to see often, especially in small towns. If you have a crush on someone in school, you cannot talk to that person. This is such a common thing, and yet we don’t get to see it on the screen a lot. So, I thought the idea was fresh.” Jitendra Kumar began as a YouTuber a few years ago before The Viral Fever (TVF) happened. For a young man coming completely from a non-film industry background, the journey had to be challenging.

“I came directly to Mumbai after college. I stayed here for three months and then left for Bengaluru. In those three months, I realised nothing would happen quickly. I mentally prepared in those three months to devote a lot of time and wait for the kind of characters I wanted to play on the screen,” he said.

“After I returned to Mumbai in 2013, I decided to start with whatever I got. I started with YouTube and then TVF. I knew I should not think about the future and focus on the present instead. Everybody faces ups and downs in life, even I had. But I feel blessed to have a supporting family and loving friends who keep motivating me,” Jitendra concluded.         - IANS