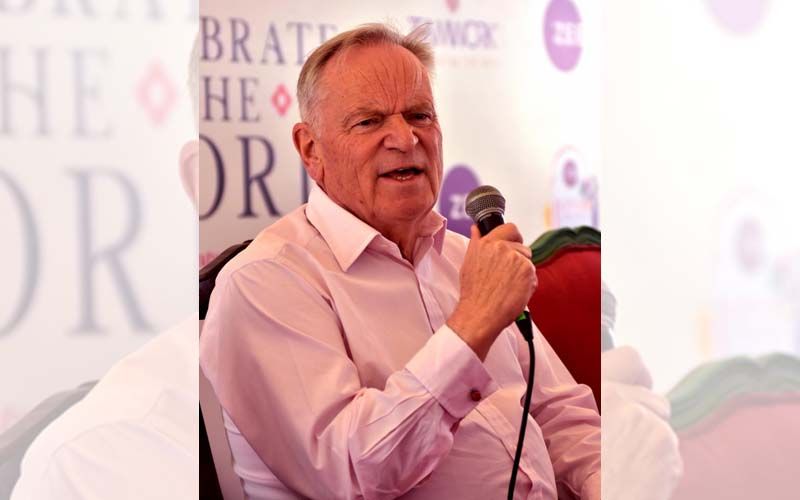 Renowned British author Jeffrey Archer was in Jaipur on the 70th Republic Day for the ZEE Jaipur Literature Festival. While addressing media persons, he was quoted saying “Indian writer R.K. Narayan deserved a Nobel Prize for his writings. His work is a work of a genius. He can take a small man living in a village and turn it into a brilliant story”. Identifying himself as a storyteller, he said that proclaimed prizes were meant for literary giants, not for storytellers. He added to his statement saying Indians were incredibly gentle and kind, and that is what he liked about India. When someone asked him what he loved the most in India, he answered promptly saying “cricket”! He even congratulated the Indian Cricket Team for beating Australia in the recent series of test matches. His two favorite Indian Cricketers are Rahul Dravid and Sachin Tendulkar. "My personal hero remains Rahul Dravid. I just think his style is wonderful. It was a privilege to watch him play. Of course, there is Sachin Tendulkar as well”, he said. He further added “Kohli's and Pujara's centuries against Australia were outstanding and remarkable”, to share his opinion that Virat Kohli and Cheteshwar Pujara were two of the best batsmen in the Indian team. Fondly remembering former Indian cricket team captain Mansoor Ali Khan Pataudi, Archer said he was a good friend. Jeffrey Archer finally attended the JLF2019 after repeated attempts by the organisers to invite him in. (IANS)