Irrfan Khan will be seen as a lover boy for the first time in a film “Qarib Qarib Singlle”, directed by Tanuja Chandra, produced by JAR Pictures and presented by Zee Studios.

The film is a contemporary love story between two people, who embark on an adventurous journey. “Qarib Qarib Singlle” will be the first Bollywood debut for Malayalam actress Parvathy. The makers of the movie released the first look and Irrfan Khan will be seen in an unusual avatar. Irrfan Khan took to Twitter to share the poster with a caption, “Yogi's #QaribQaribSinglle journey unfolds tomorrow! #Parvathy @QQSTheFilm @ZeeStudios_ @JarPictures”. 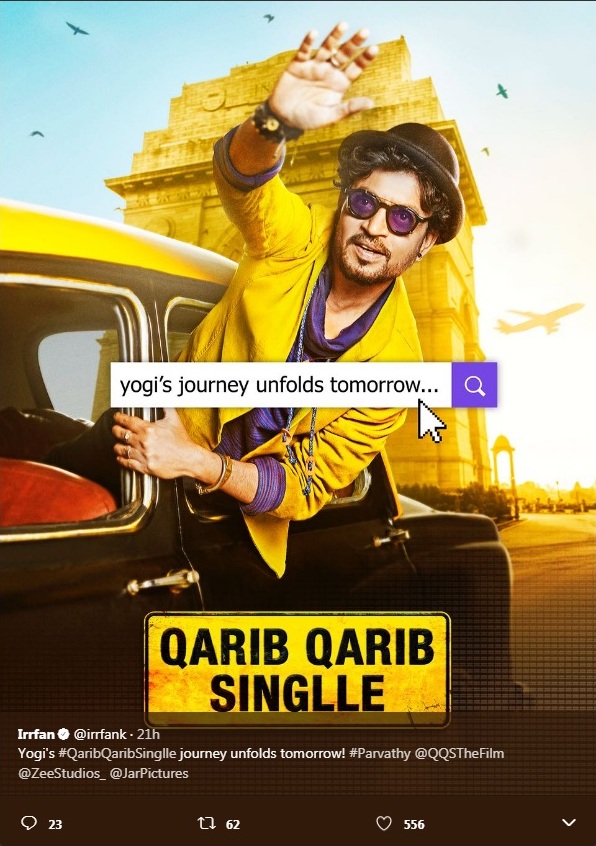 The film was shot in Rishikesh, Bikaner, Gangtok and Rewari. It is slated to release on November 10th 2017.