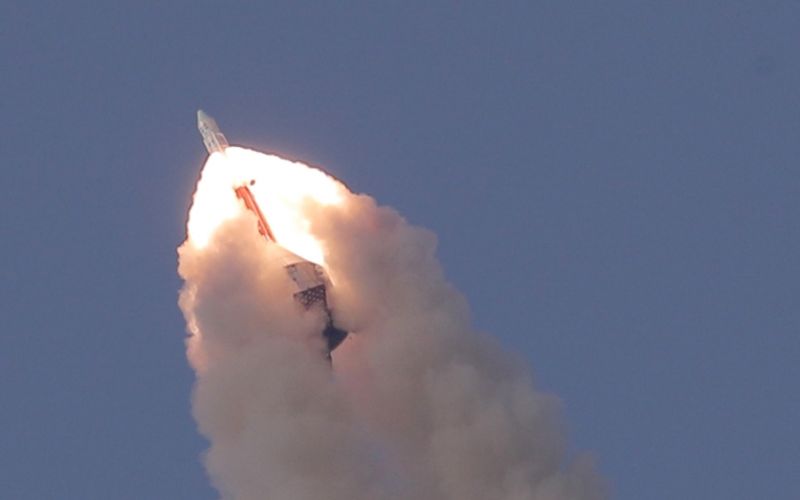 For the first time, India's space agency is planning to put an Indian astronaut for seven days in space at a cost less than Rs 10,000 crore as part of its manned mission by 2022, ISRO Chairman K. Sivan said on Wednesday.

With Prime Minister Narendra Modi giving the Indian Space Research Organisation the target to be achieved in the next four years, Sivan told IANS: "Our plan is to have a human being in space for seven days and not less than that.

"He will be in a spacecraft, 300-400 km above earth," Sivan said, as he explained that the rocket to be used for the manned mission would be a Geosynchronous Satellite Launch Vehicle Mark III (GSLV-Mk III).

He said the first unmanned flight as part of a manned space mission will happen two years from now.

Asked about the first animal flight before the actual manned mission, Sivan said those things have to be discussed.

Queried about the target date set by Modi and the steps to be taken by ISRO, Sivan said: "We will have to get a formal approval for the project. The manned mission project cost will be less than Rs 10,000 crore.

"We are in the process of developing some of the technologies and already have some. Our idea is to develop everything within India," he added.

According to him, ISRO has already tested the crew module and crew escape systems.

The space agency on July 5 carried out a successful maiden pad abort test at its spaceport Sriharikota in Andhra Pradesh for the safe escape of the crew in an emergency.

"The technology is very essential for our manned missions in the future," Sivan had said at an event on July 7.

The critical technology is designed to quickly pull the crew module along with the astronauts to a safe distance from the launch vehicle in the event of a launch abort.

"We are in the process of developing the life support system for the astronaut, space suit and other things. ISRO is doing this with the support of industries," Sivan had said.

The ISRO Chairman had then said that the space agency was "not close" to a human spaceflight yet.

"We are not close to that. We need to work a lot towards achieving the dream of putting a man in space."

According to him, the selection of astronaut to fly the spacecraft would be done by the Indian Air Force (IAF) and the spaceflight training would be given overseas.

Sivan said ISRO has to set up necessary infrastructural facilities like the control centres for the proposed manned mission.

He said Modi's announcement was a big kickstart and as a whole the nation's science and technology sector would benefit.

So far, only the US, Russia and China have launched human space flights.