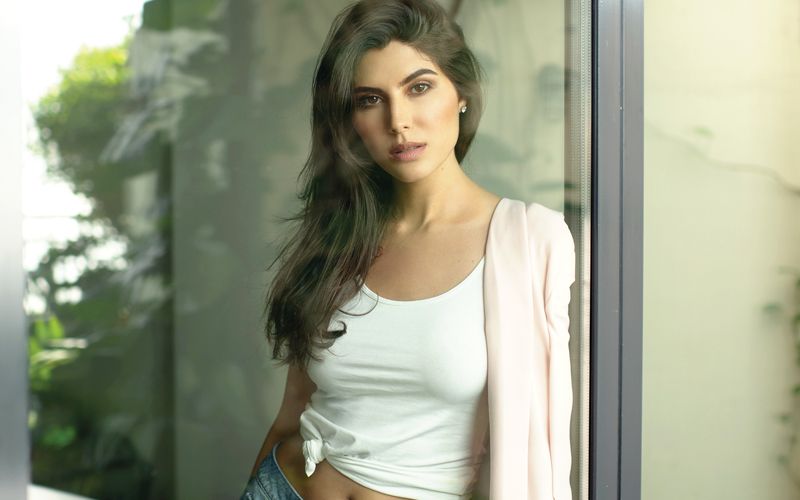 We’ve been delighted to witness the increasing demand for actors and actresses of various ethnicities in the entertainment industry. One talented actress who has benefited from this call for greater diversity is Elnaaz Norouzi, who was raised in Germany. Having already worked in the Pakistani film Maan Jao Naa and the Punjabi sports movie Khido Khundi, she featured in the successful Netflix series Sacred Games, as Zoya. She has also appeared alongside Shah Rukh Khan and Salman Khan in commercials. Here’s our candid chat with her.

How and when did you get into acting?
I’ve wanted to act since I was six or seven years old, and Bollywood films have always fascinated me! So I decided to come to India and pursue acting. I got into the industry in 2017 when I began acting in films and shows.

Tell us about your experience on Sacred Games.
Fabulous, to say the least! It was one of my first projects with such a big production house, and that too with Netflix. I’ve worked very hard for it but I have to admit that I got lucky as well, even if I don’t like the term lucky! I had said no to a lot of projects prior to that! That said, I had an amazing time shooting for Sacred Games. It was not just shooting but also schooling for me.

Who was your role model?
In acting, my role model will always be Meryl Streep. She got rejected initially and nobody really believed in her. She never gave up and worked very hard, only to become one of the greatest actors in the world. Heidi Klum grew up in Germany, just like me, and she’s such a power woman! She has always made everything happen for herself. She too is my inspiration! 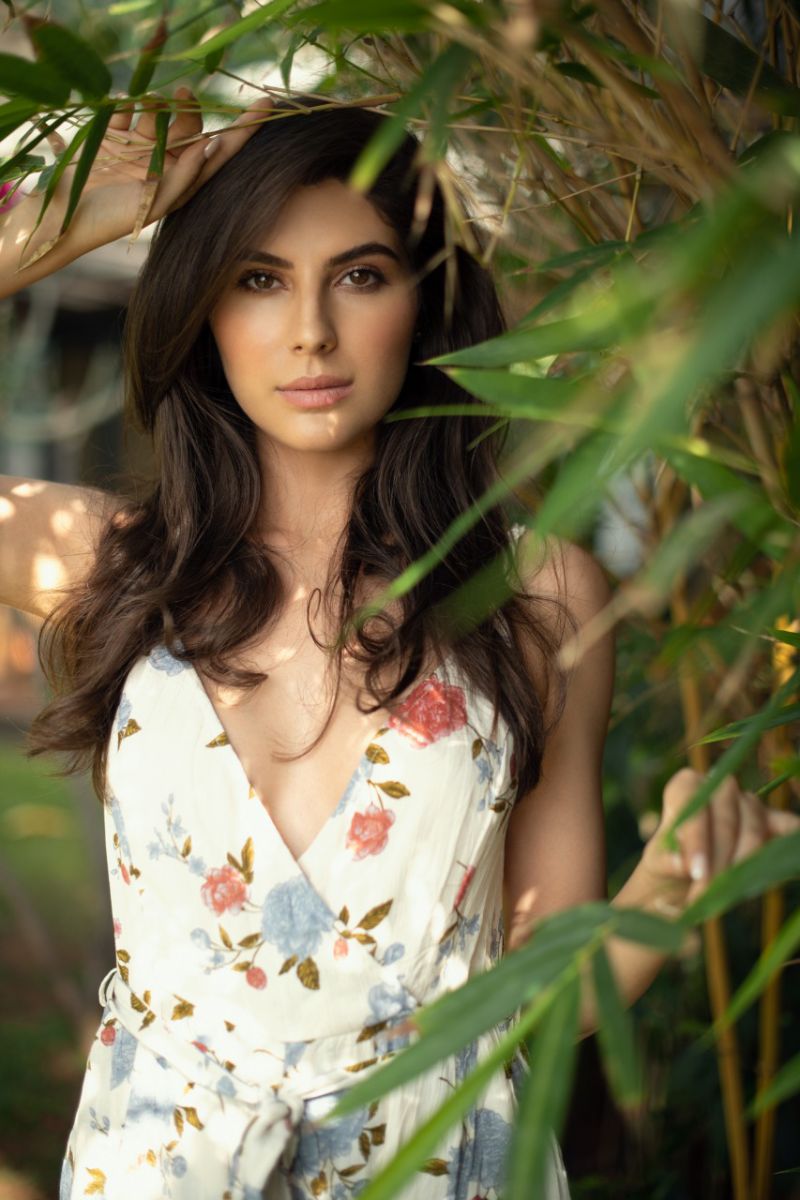 You’ve worked in television, web series, and movies. Which is your favourite?
I don’t really have a favourite. Wherever I get to act, I am happy. Even if I’m giving an audition, I am acting. I can act out a character, write out a story for a character, and even live that character in the audition. So I’m happy with that, too. If acting is what you are after, then auditioning is fun. I don’t really have a favourite. I just wanna act!

Any actor or director you’d like to work with?
In Bollywood, I’d love to be directed by Shriram Raghavan ji. I love his work. Also, Irrfan Khan. He’s such a fabulous actor; I would love to be in a movie with him. Obviously, you’d love to work with the younger actors and be in a film with one of them, but if I get to work with Irrfan Khan, I would learn a lot. Whichever film of his I see, I’m just like “wow”!

If not an actor, what profession would you have chosen?
I’ve always wanted to become an actor. But then, I also was drawn towards becoming a lawyer. So maybe I would’ve been a lawyer.

What are your current projects?
I’m shooting two films right now. One is a Tamil film with Jayam Ravi and Tapsee Pannu. The other is a Bollywood film that I’m wrapping up soon. That will release this summer as well. But unfortunately, it’s not announced yet, so I can’t tell you much.

What do you do when you’re not working?
When I’m not working, I meditate, I do yoga, I hit the gym, I do my dance rehearsals, and I read a lot. I also love travelling. I’m always working on myself. I watch a lot of master classes for actors and other sessions, too. I try to become better and better by the day.

Any remake you’d like to be part of?
Well, I think a lot of people know that my favourite film is The Notebook. If that’s remade in India, I’d love to have a part of that film!     – as told to Sumana 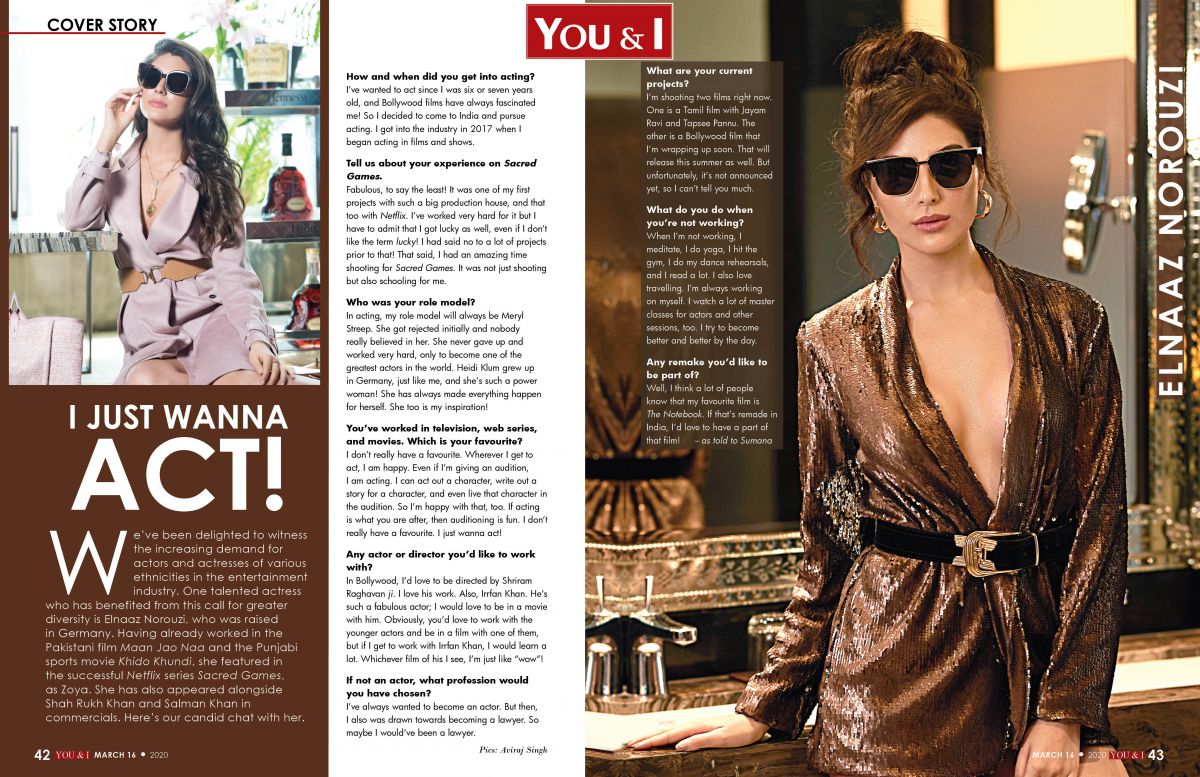