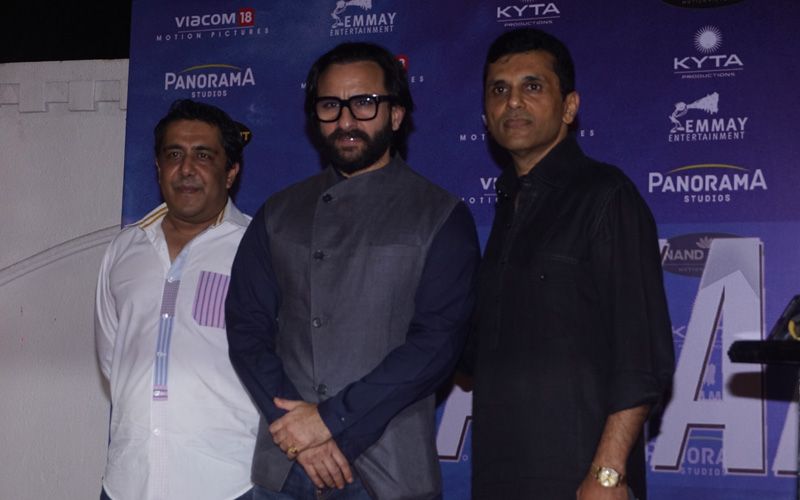 When asked about his reaction to the comments made by Kareena recently that both Saif and his daughter Sara Ali Khan from his former wife Amrita Singh are a deadly combination of beauty and brains, he said, "I feel very happy whenever she calls me beautiful."

Reacting to the success of Baazar, he said, "I am actually really happy as Anand ji (Pandit - Producer) called me and said he wanted to have a small core celebration for the team. The film is also a slightly different themed film as it's not the regular movie. It's about the stock market which was different kind of and a brave subject."

Sara Ali Khan is soon going to make her Hindi film debut with Kedarnath. His little son Taimur Ali Khan has also wowed people with his adorable and cute looks.

Asked if the Pataudi trend is ruling the Internet, he said, "I don't know..I think the Pataudis are mainly to play cricket so, it would be Tagore trend if anything."

Kareena is entering a new space with her new radio show titled What Women Want while Saif is busy shooting for the second season of Sacred Games which will be aired on Netflix.