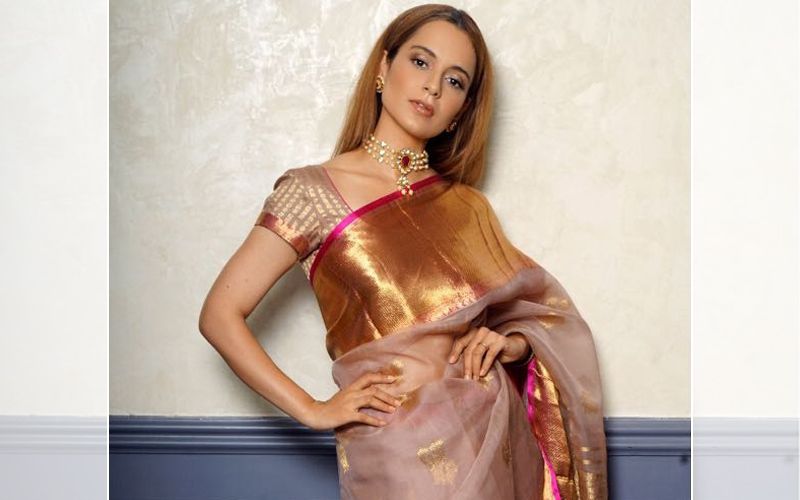 Kangana Ranaut’s journey in Bollywood is remarkable, with roles that got her National Film Awards thrice. She is now geared up for her next films “Manikarnika”..., “Mental Hai Kya”, and a sports drama directed by Ashwini Iyer Tiwari. The actress says she is someone who has always taken on diverse roles, has broken most stereotypes, and believes in being off the beaten path.

Talking about “Manikarnika: The Queen of Jhansi”, Kangana, told IANS in an e-mail interview: "I met with a nerve-wracking accident while shooting the film. It left me with a scar on my forehead. But when I look back now, I carry this scar with pride. I am nowhere close to Jhansi Ki Rani, but her story definitely gave me courage and strength to do this physically challenging part."

“I am someone who has always taken on diverse roles and broken most stereotypes," she added.

“Manikarnika: The Queen of Jhansi” is an epic biographical film based on the life of Rani Laxmibai of Jhansi. Kangana plays the lead role in the film.

She is also a part of psychological thriller “Mental Hai Kya”, in which she shares screen space with her “Queen” co-star RajkummarRao. Kangana hopes the audience will like this film too.
"We really don't know about success and failure since it is not in our hands, but the script is nice and we are having a good time shooting the film. I hope the audiences like the film," said Kangana, who is currently busy filming this project.

After that, she will start working on Ashwini Iyer Tiwari's sports drama in which she plays a kabaddi player.

"I am really looking forward to working with her," Kangana said.

The 31- year-old hasfaced tough times in Bollywood, but says that has not changed her as a person.

"I am a straightforward person. I have always said exactly what is on my mind and voiced my opinion on what I believe is right – whether it is, in my personal life or professional. My experiences, whether good or bad, have definitely helped me evolve and made me who I am today," she said.

Working hard and giving her best to everything that she does, has been key to her.

"The best feeling is being able to do something you think you wouldn't be able to. It is this high that I enjoy and what pushes me to brave any obstacles laid out for me," said Kangana.
This year, Kangana made heads turn at her debut appearance at the Cannes Film Festival. She was seen in her boldest avatar during her appearance at the film gala, receiving both appreciation and criticism.

She calls it a fulfilling trip.

"Being a part of the fashion industry always comes with its pros and cons. There is always positive and negative criticism about actors and the only way to overcome that is by being yourself. Cannes has been memorable this year as I had the opportunity to showcase another side of myself," said the actress.