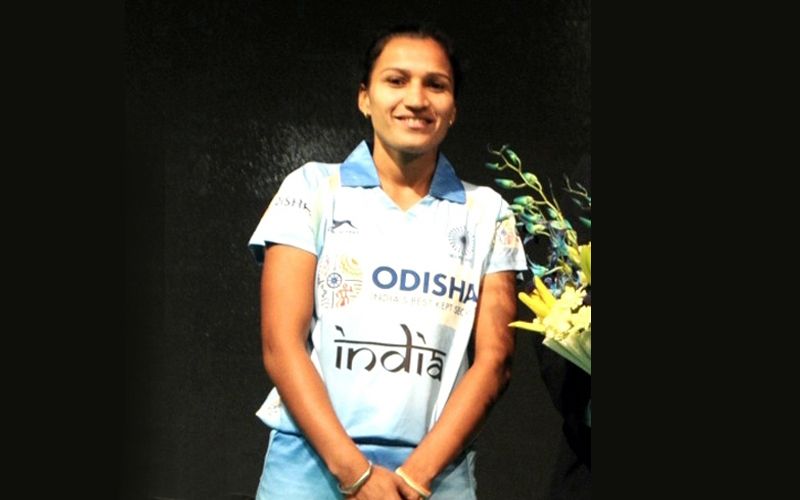 The mood among the Indian womens hockey team is upbeat as they are set to take on hosts England in their opening match of the World Cup here on Saturday.

India, grouped in Pool B, will take on World No.16 Ireland on 26 July followed by World No.7 US on 29 July apart from facing the Olympic Champions England in their home ground on the opening day of the prestigious tournament.

"The pressure will be on England and not on us," asserted Indian Team skipper Rani on the eve of the match.

"Yes they will have the home ground advantage but we are not new to playing in front of big crowds. We have done well against England before and we will carry the confidence of doing well in our recent tournaments including the CWG where we had tasted victory against England in the Group Stage in Gold Coast.

"We will go into the match with the belief that we can beat them. We just need to make sure we don't make silly mistakes like we did in the Bronze Medal match at the CWG which cost us the game," Rani added .

India's previous appearance at the FIH World Cup was in 2010 when the event was held in Argentina.

Rani then was the cynosure of India's ninth-place performance as she had scored maximum of seven goals for the team during the course of the tournament.

While there will be a lot riding on Rani during the World Cup 2018 too, she has a unit that has shown confidence-inspiring performance over the past two years where India even climbed to a career-best ranking of World No.10.

After having arrived in London a week prior to the start of the tournament, the Indian Team has had good training sessions at the event venue Lee Valley Hockey and Tennis Stadium including two practice matches against Australia and Belgium.

"We have had good match practice against two of the top teams in the World. The team is upbeat and excited ahead of the first match and right now, our only focus is to do well against England. We have played USA and Ireland too in the past and have specific game plan against them. But for now, our focus is on the first match," Rani said.     - IANS