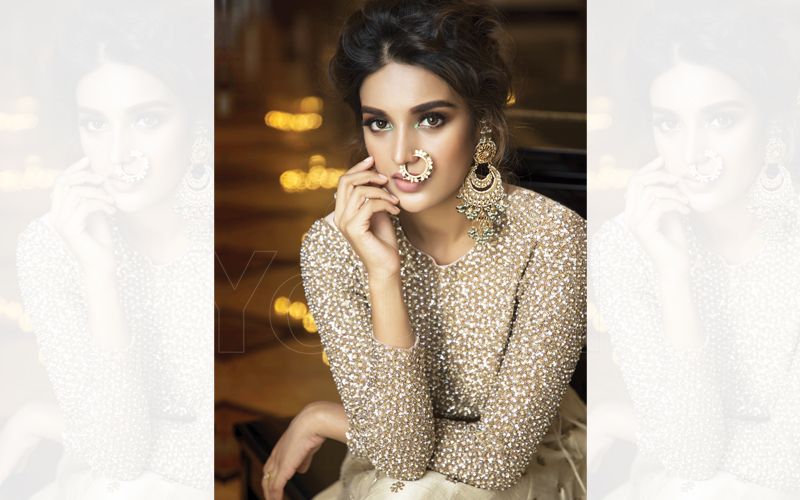 A model, dancer, and actress, Nidhhi Agerwal made her acting debut in Munna Michael. Also a Yamaha Fascino Miss Diva 2014 finalist, she tread her own path into the film industry and has succeeded with flying colours. In a freewheeling chat, she tells us about her upcoming projects and more. Check it out.

Would you say that you’ve had a key turning point in your career?
I don’t really think I’ve had a turning point. It’s been a step-by-step course, whether it’s success or fame. It’s never been overnight. I’m extremely lucky to have had a debut like Munna Michael, which worked in my favour. My hard work paid off!

Can you share some of the challenges you’ve faced along the way?
Since I’m not from the industry, it took me quite a long time to understand things. I made a lot of mistakes during the initial years of my career, which I have learnt a lot from. Certain things are important and some aren’t. So just not knowing the industry was a pretty big challenge.

If not an actor or model, what would you have been?
I wish I could answer this question. I cannot possibly think of anything else. Because I remember from the first time in my life that I watched a film when I was two or three years old, I’ve always known I’ll be in it someday. I’ve always known I’ll be an actor. I am well-educated, having done my 12th in ISC, and college in BBM. So I’m pretty sure I would’ve made a living from whatever I knew. But yeah,
I would be pretty sad if I wasn’t an actor.

How do you feel about nepotism?
Nepotism definitely exists; there’s no doubt about that, and we cannot do anything about it. I feel the media plays a big role in this – the way it treats people from inside the industry and out. So much depends on the amount of importance/coverage they give to certain people.

What are your future plans?
To do lots of films, in different languages, to grow as a person and as an actor, and be happy. Do all of the things I wanted to do, just be peaceful, happy, and extremely successful. 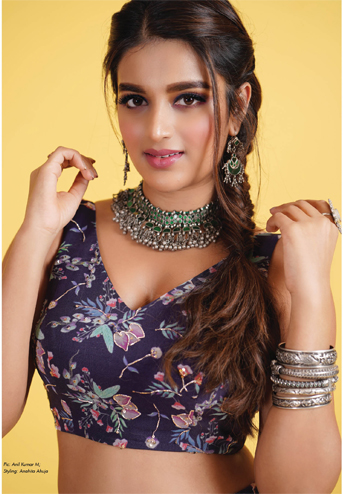 Who’s your go-to person when you need some advice?
I turn to my family and team first. They give me real and comforting advice. But I’ve always wanted to listen to my own instinct, and the times I have not listened to it, I have been very wrong. I feel that my gut feeling has almost always been right. So I take everyone’s advice and eventually go with my instinct. iSmart Shankar is a great example of this. I think it turned out well, as we crossed 100 crores.

What sort of work ethic do you follow?
Work ethic is really important to me. I’m very disciplined and driven. So I like having a routine. I like to be on time wherever I am needed. I don’t let my mood get the best of me during work. I try to be pleasant and have a good vibe.

What plans did you have before you began in the industry?
I’m not from a film background, so you really need to work your way up. So I started modelling, and got film offers from the south even before I did my Hindi film. I didn’t think I was ready then. While training, I came across my debut film and went for it. As I’m from Bangalore, I like southern cinemas and actors. I’m in three industries right now and I feel lucky. It’s a great time to be everywhere.

What’s your mantra?
I try to be positive all the time. It’s not always easy, though. I believe in going with the flow, like water.

We heard you know quite a few languages, including Tamil, Telugu and Kannada. How did you manage to learn them all?
I initially knew only English and Hindi. I understand Telugu properly; I just have a few grammatical errors while speaking it. Tamil is still a work in progress, for my first Tamil film.       – as told to Ishika