Everyone’s favourite singer-actress, Zendaya, is known for being a pro at working the red carpet in style. Always unpredictable and eye-catching, she knows how to leave everyone stunned with her fashion experiments. This year she left all jaws dropped and looked battle-ready in her custom Versace chainmail gown which was heavy in both armor and glam. The beautiful gown, which was created to pay tribute to the patron saint Joan of Arc, – a French peasant who fought bravely in the Hundred Years’ War and was captured by the English in 1431, being burned at the stake at the meek age of 19 – included a plated shoulder piece, a studded metal belt, along with a modest train that looked to be covered in beads, but the overall effect was that of chainmail. She also wore a semi-transparent gown underneath, presumably to soften the overall look. Her outfit was filled with so many intricate details that every time you look closely at it, you notice something new. The look was styled by Law Roach, who added Tiffany and Co. jewellery and Jimmy Choo metallic heels to add a little spice. Zendaya carried it off with confidence and was truly the knight of shining armor of the night. The Italian label outdid themselves with this structured masterpiece, but Zendaya’s hair brought the look together. Styled by Unilever’s Ursula Stephen, the singer’s hair was kept in a short and wavy bob with bangs, and the best part was that it was ginger. The brilliant shade of red made her stand out, and the 21-year-old slayed with originality, as per usual.

Victoria’s Secret model Gigi Hadid, returned to the Met Gala again this year, and was one of the angels on the red carpet in her beautiful Versace number. Joining the few stars who drew inspiration from religious buildings, her dress was reminiscent of the stained-glass windows found in churches, and was picked out for her by designer and one of the hosts of the night, Donatella Versace herself. The dress was a one-shoulder gown with beaded crystal detailing throughout, giving the illusion of angel wings. The intricate embroidery gave the dress a delicate look and the pattern, which was made up of interlocking geometric shapes, was accentuated by all the different hues – peachy tones with red, green and blue shading. The colours and cut of the gown gave it an opulent look, while the extremely high slit on the side put her toned legs on full display. The long blue train added the drama to the ancient-cathedral-esque masterpiece, and her long waves were pinned back with gold bobby pins to reveal the large and dazzling Lorraine Schwartz earrings. All she paired with it was a simple Tyler Ellis Small Perry clutch and Christian Louboutin sandals. Her equally glittery make-up look – done by her go-to make-up artist, Patrick Ta – added some eye-catching shine to her ensemble. Two tears of golden eye-shadow on the lower lids raised her angelic quotient, giving an ethereal vibe to the entire outfit.

The Riverdale on-screen couple, Lili Reinhart and Cole Sprouse, made their first official red carpet debut at the Met Gala after going public and Bughead fans rejoiced! The stunning blonde, who donned a shimmery silver, bedazzling H&M custom-made gown, looked prepped for a war, while her rumoured beau was dapper in a long black coat and cropped trousers, created by Thomas Browne. Lili’s diaphanous grey gown, which was inspired by armor and made of silver lame organza, extended into a long silver train. The high-shine waist corset – which was decorated with chunky metal chains in antique silver – created an interesting contrast with the skirt. The chainmail inspired off-the-shoulder dress went perfectly with the theme, emanating a warrior princess vibe. The Giuseppe Zanotti heels and Featherstone Fine Jewelry pieces were the perfect additions to her attire.

Genetically-blessed couple Irina Shayk and Bradley Cooper rarely ever make public appearances together – let alone on the red carpet – but this year’s Met Gala was an exception. The two turned up looking like they stepped down from heaven. The supermodel was dripping in gold in an Atelier Versace gown which featured a plunging neckline, a beaded bodice, and a cascading, feathery pleated skirt. The daringly high slit drew attention to her long, slim legs, and her matching golden triple layer studded choker made her look like the ultimate golden goddess that she is. Hairstylist Aleksandra Nesterchuk worked her magic on the model’s updo, while make-up artist Tatyana Makarova bronzed her up. She looked completely like a metallic queen, while Cooper, who was in a Tom Ford tux complete with a sharp bowtie, looked happy as ever next to his breathtaking date.

Every year, it’s no surprise when Queen Rih steals the show with her over-the-top yet fashionable outfit picks. And at this year’s gala she absolutely crushed the theme with her full-on papal getup. The 30-year-old fashion mogul fully committed to the theme, even borrowing a mitre-style hat – a ceremonial head-dress of bishops - from a real cardinal! That, paired with her jewel-encrusted Maison Margiela gown, made her the most talked about celebrity on the red carpet. The intricately bejeweled strapless mini dress, with the matching collared robe, clearly embodied the theme. Meanwhile, the heavy beadwork on the entire ensemble, although a bit of a struggle to carry up the steps of the Met, added an elaborate and regal touch. Her opulent papal mitre might have been the most outstanding head-piece of the night, and the entire look will definitely be counted as one of Riri’s most elaborate and magical fashion moments. The singer also co-chaired the event alongside Anna Wintour, Amal Clooney and Donatella Versace. Her look was perfectly paired with the circa 1934 Cartier Collection crucifix pendant and hoop earrings by Maria Tash. Her Louboutin’s and make-up – courtesy of Fenty Beauty, her very own make-up line – were on point, and her strapless, hand-beaded dress, festooned in hundreds of pearls along with the matching sculptured jacket – all of which was created in an elaborate seafoam jacquard and embellished with a series of pearls and "bijoux" –was quite the show-stopper. 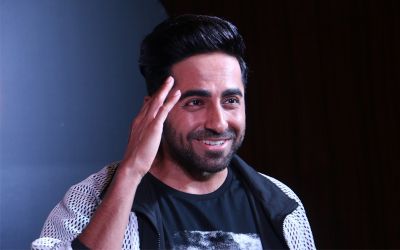 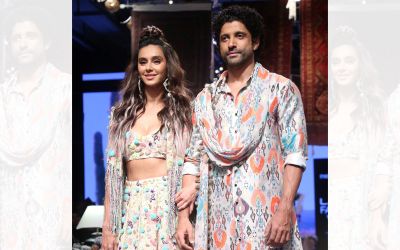 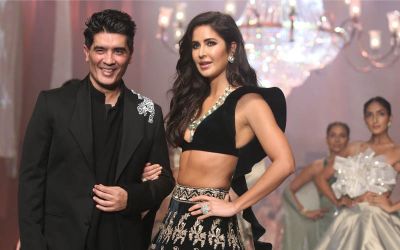 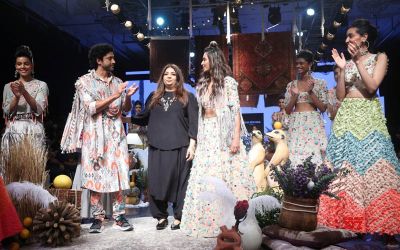