Priyanka Chopra entered the Bollywood arena two years after winning the crown of Miss World in 2000 and is today one of highest paid Indian actors. She became the first Indian star to enter the Forbes list of highest paid television actresses in the world, after starring in popular American thriller series Quantico. The show leveled her up to eighth position in the Forbes list.

International feats
Adding to her international repute, Priyanka even made her debut in Hollywood with Baywatch (2017) sharing screen-space with heavyweight Dwayne Johnson, popularly known with his ring name ‘The Rock’, who is currently the world’s highest-paid actor. Earlier last year, she was also named as one of the most influential people in the world by TIME Magazine and also made her way to one of the top magazine’s Best Dressed Women in the World list.

Not just that, the international figure has also been successful in securing the title of ‘World’s Sexiest Asian Woman’ for a record-breaking fifth time, dethroning her top competitor Deepika Padukone, who topped the globally renowned list in UK’s popular daily Eastern Eye in 2016.

Talking about her big achievement, the Desi Girl had said, “I cannot actually take credit for this at all. Full credit should be given to my genetics and your optics! Thank you Eastern Eye and to everyone who voted for me to be Asia’s Sexiest Woman, for what I’m told is a record-breaking number of times! I feel grateful and am humbled. Consistency is key.” 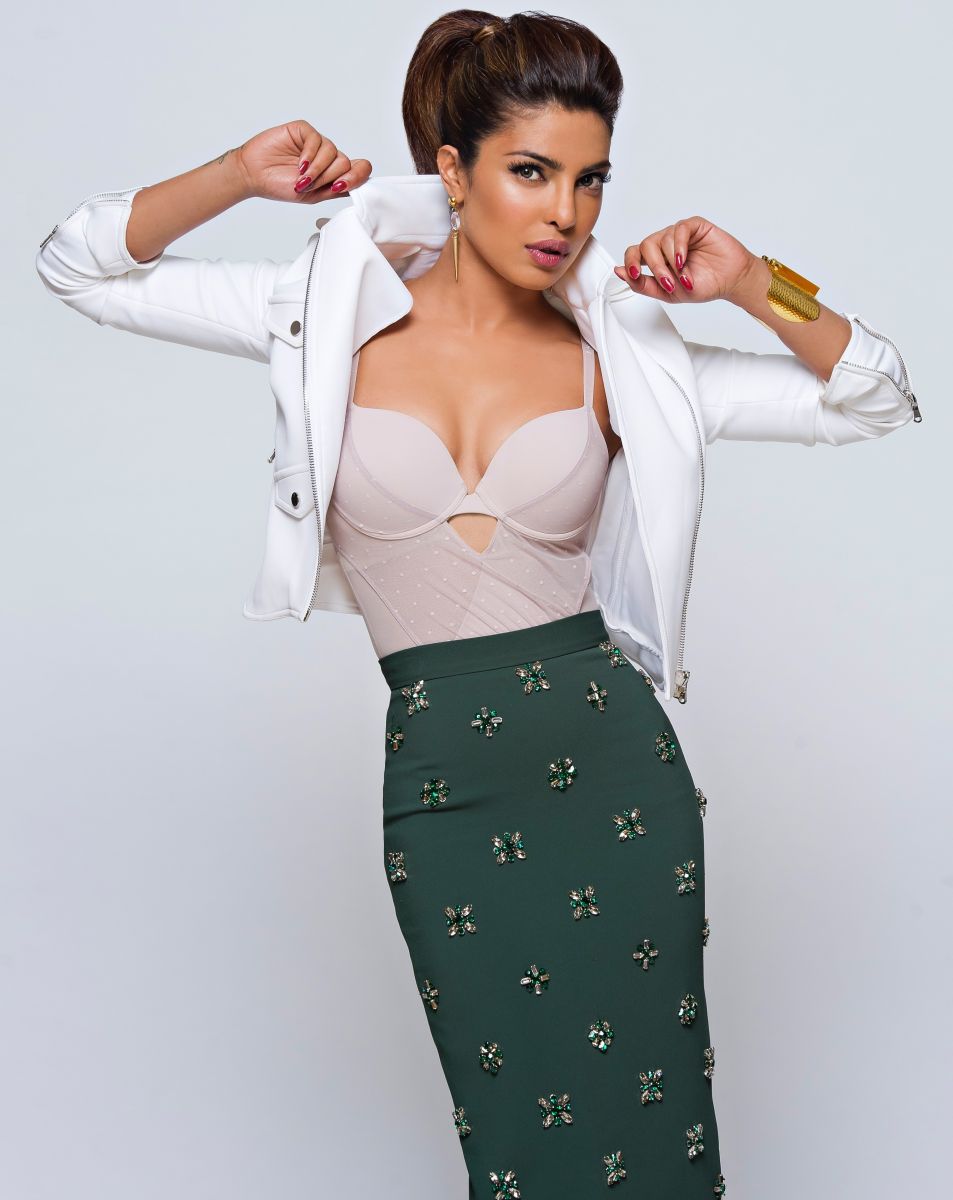 Wearing many hats
Priyanka has been away from Bollywood for quite some time now, with Prakash Jha’s directorial Jai Gangaajal in 2016 being her last appearance within the national boundaries. Her 2008 release, Fashion, came out as a turning point in her acting journey and it even brought her the National Film Award for Best Actress as well as a Filmfare for the Best Actress. Directed by Madhur Bhandarkar, the movie featured her as a troubled and struggling model. However, her remarkable comedy film Mujhse Shaadi Karogi (2004) was a masterstroke in her career and enhanced her appeal among cinema lovers.

However, despite being away from the big-screen in Bollywood, the actress made her presence felt among audience as a producer with Bhojpuri film Bam Bam Bol Raha Hai Kashi, which continued with Ventilator (2016), and Sarvann (2017) in Marathi and Punjabi respectively. She was joined by her mother as a co-producer in all her three regional movies. No doubt, the step brought her appreciation from all sections of the industry as a whole and became a point of attraction for the Indian media as well. PC’s debut as a producer was called a big boost for the regional cinema. Priyanka Chopra’s Ventilator also won five Filmfare Awards in 2017.

Social spirit
Priyanka has established herself as an icon for today’s young Indians who identify with her drive, passion, intelligence, and charisma. Further enhancing her stature as a global icon, she was awarded the ‘Mother Teresa Memorial Award for Social Justice’. She was also chosen to take the baton ahead as UNICEF Goodwill Ambassador and to take up the cause of fighting for the rights of refugees and displaced people. Earlier, Hollywood megastar Angelina Jolie was among the first to take up the cause as UNHCR’s Goodwill Ambassador.

The Bajirao Mastani girl also received an invitation by the Harmony Foundation for lending her support towards social causes. The actress was conferred a doctorate degree by the Bareilly International University in December last year, too. 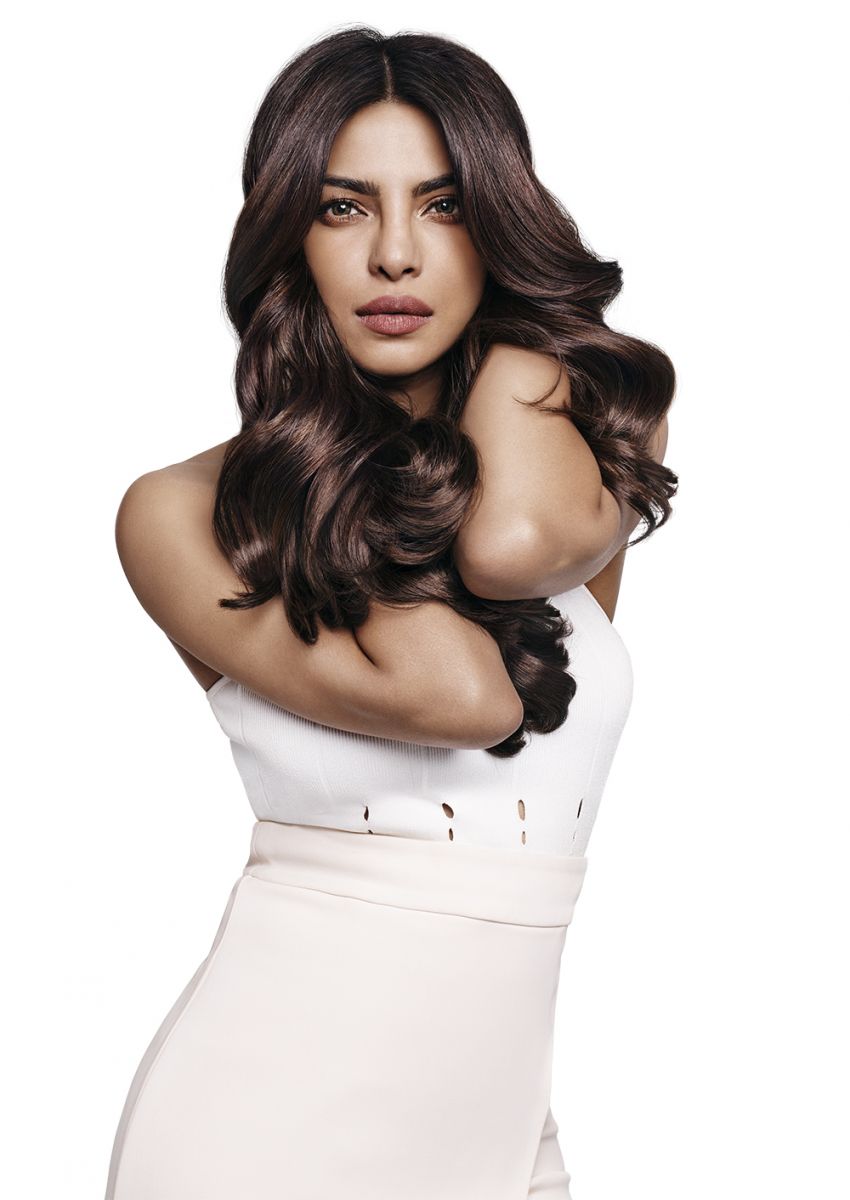 Future plans
On the work front, Priyanka is currently busy shooting for Quantico season 3, where she will be seen alongside Alan Powell. While earlier she was approached to play the lead in astronaut (Late.) Rakesh Sharma’s biopic, it is now confirmed that she is no more a part of the project after Aamir Khan denied to be a part of the film.

The actress makes the perfect use of social media by keeping her fans aware of all her activities; she constantly posts pictures on her Instagram page. PC was recently spotted posing with her co-stars of the American series, she also became the centre of attention for the Indian media during Virat and Anushka’s wedding reception where she arrived in a traditional saree with mother Madhu Chopra.

Answering a question about her marriage, Priyanka recently said, “Shaadi plan wali cheez thodi na hoti hai, banda milna chahiye, banda ho aur layak ho to kar lungi. (I don’t believe that marriages are planned, you should get the right guy. If I meet someone and find him fit, I’ll marry!)”

2017 saw her winning another People’s Choice Award for her acclaimed TV serial Quantico and witnessed her signing further high profile films in the west. She also continued to make strides as a producer and was one of the hottest Indian stars on social media, crossing 20 million followers on Instagram. Looking at her career, it can be said that there’s going to be no looking back for the actress anytime soon.