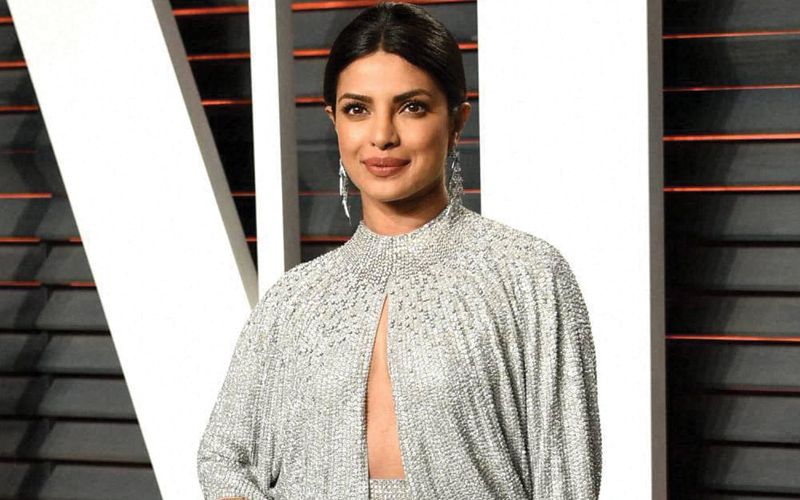 Priyanka Chopra has always walked to the beat of her own drum. But the actress says glorification of trolling has added "crazy pressure" on entertainers. She feels the increasing prevalence of trolling culture only leads to bullying and depression.

"First of all, the pressure comes from people's opinion and how in today's age everyone's opinion becomes news," Priyanka told IANS in an interview when asked about the pressures that comes with the 'global star' tag. "Most of the time, I see media writing about trolling that someone got trolled for this and that. I have never understood how somebody's opinion becomes news. How the media gives such credence to maybe 500, 600 or 1000 people writing behind the anonymity of the computer," added the actress, who came to India for professional as well as personal reasons.

Priyanka - who managed to squeeze out time from her busy schedule to talk about her Hollywood film 'Isn't It Romantic', which released in India on streaming platform Netflix - admits there are "pressures of living in the digital world". "Those are the pressures that are not even created by us or the fans. It is just created by the one thing which is the internet. It has has made people's job easier... You can make a story out of anybody's comment."

The 'Quantico' star thinks the "glorification of trolling has added the crazy pressure on to entertainers". "There is something called living your life according to the social responsibility that you feel as an individual and then there is something else like living your life according to how everybody else wants to you to live. And that is not the world we should live in," said the actress, who has herself faced the wrath on social media for sometimes her dressing style or using firecrackers on her wedding last year or for taking her husband and singer Nick Jonas' name.

Priyanka, who proved her mettle with projects such as 'Don', 'Fashion', '7 Khoon Maaf', 'Barfi!', 'Mary Kom' and 'Bajirao Mastani' in India, pointed out a serious implication coming out of the trolling culture.

"Our children should not be thought that people's opinions are that important...When they get bullied in school or when they get bullied as teenagers because of the comments written on Instagram and it leads them to depression leading them to take harsh decisions in their life.

"It is being propagated by these kinds of stories where we give so much importance to what we look like on Instagram or what we talk about on Twitter or what our imagery is."

According to Priyanka, that is the only pressure which she feels "sometimes is unnecessary but being put on" a public personality.Talking about herself, she said: "I have been not someone who has lived my life according to somebody else. I have walked to the beat of my own drum but I am very cognizant of somebody's feelings as a public person."

On the film front, the actress is getting great response for "Isn't It Romantic", which tells the story of a New York architect Natalie (Rebel Wilson) who works hard to get noticed at her job, but is more likely to be asked to deliver coffee and bagels than to design. Priyanka essays the role of a yoga ambassador. It also stars Liam Hemsworth and Adam Devine.

- By Sugandha Rawal for IANS