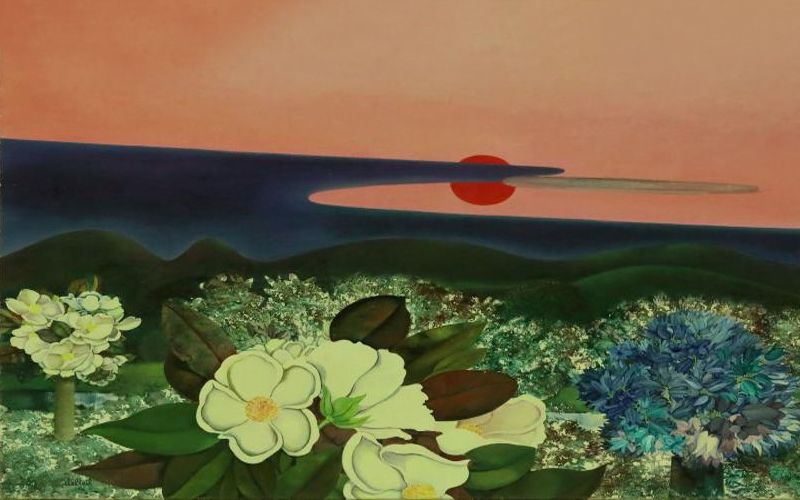 Titled 'Pages from my diary', an exclusive collection of paintings by 88-year-old French painter Maite Delteil, has gone on view at the Delhi-based Art Alive Gallery. Through these works from the 1960s-70s, the illustrious artist reflects back on her life via art.

Maite Delteil was born in 1933 in Fumel, France. Growing up in a conservative home in the French countryside, Maite Delteil has always claimed herself to be a 'nature's child'. Throughout her practice, nature, flora and fauna has been an intrinsic part of her visual vocabulary. In this collection, Maite captures the intimacies of her thoughts and domestic existence.

At a glance, these artworks appear to be simple displays of still life and portraits but on engaging further, we enter Maite's colourful world that is classified by a distinct poetic warmth.

While the still life paintings capture moments from her childhood and the simplicities of her home, the self-portraits exhibit a sense of intimacy with the feminine energy.

As Anushka Rajendran rightly points out, "In the airy, light-filled spaces in Delteil's world, women lounge in all their nudity, immersed in contemplation. They are pensive dreamers, claiming an agency denied to them by their prescriptive realities. Delteil intervenes with her subjects that are endowed with subjectivity in the tradition of painting where women had always been objects' at the receiving end of the male gaze. But what one sees is not the weight of the world on their shoulders -- suffering in anguish or tormented by existentialist angst -- but lightness and joy. Indoors, all by themselves, they are free to roam the terrain of their own imagination without boundaries. This transgression further acquires the tenor of fantasy through Delteil's vivid colours."

"At the end of 1960s, I was mainly working in Japan. Looking myself into these paintings, realized I was very much concerned with the search of vibrant colours simply applied as Matisse was doing. I was also trying to depict intimate interiors to present models in gentle boudoirs, in a contemplative appearance, more than in a banal sentimental vision. At that time, I was impressed by artists like Berthe Morisot, Edward Vuillard or Pierre Bonnard," says Maite Delteil.

The artist claims to have been influenced by Italian Masters like Giotto, Masaccio, and Henri Matisse, among many others yet she has always maintained her unique style. The vibrant nature of her colour palette has been monumental in shaping up her distinct artistic practice.

Ranjit Hoskote writes, "The viewer is seized, immediately, by the sumptuousness of Maite's palette: the glowing reds, pollen bright yellows, candied pinks, lambent blues and succulent greens in which she clothes the natural world, which is her chosen zone. An elan vital throbs in each painting and invests the images with their radiant significance. It is a principle of joy, hope and renewal that carries us forward even in pensive seasons and times of crisis."

'Pages from my diary' is a reminiscence of Maite Delteil's early years, her intimacy with her surroundings, her memory of the past and the evolution of her artistic practice.

Continuing through September 15, the show will be available online on artalivegallery.com.      - IANS 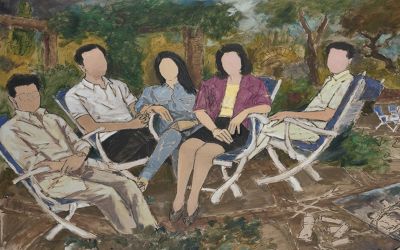 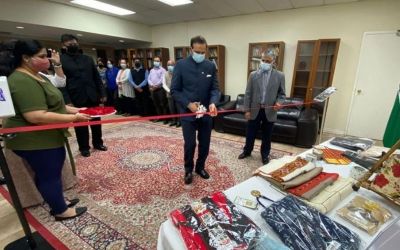 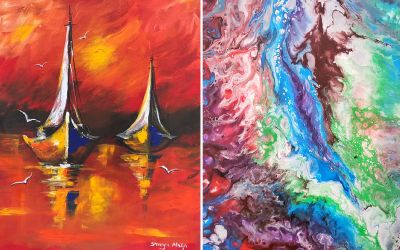