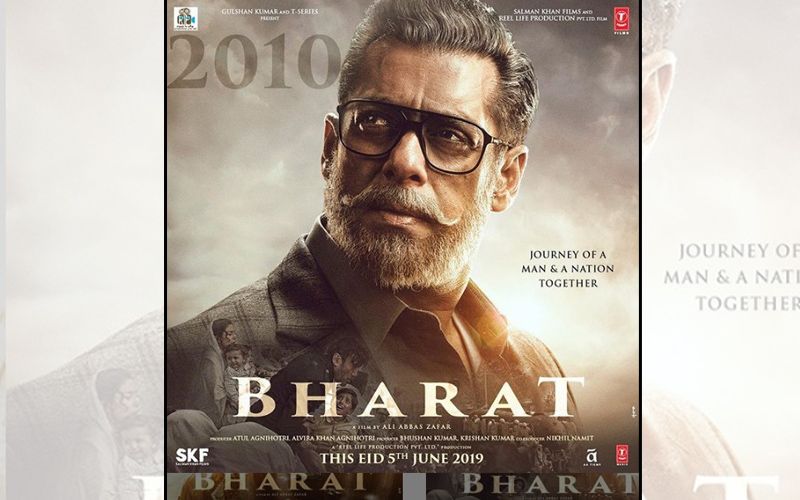 The countdown for one of the most anticipated film of the year "Bharat" featuring Salman Khan has begun. The makers of this big budget movie have unveiled the first look poster.

“Bharat” is directed by Ali Abbas Zafar and produced by Atul Agnihotri, Alvira Khan Agnihotri, Bhushan Kumar, Krishan Kumar, Nikhil Namit, and Salman Khan. This film is made with a star-studded cast, which includes talented actors like Jackie Shroff, Tabu and Disha Patani. The plot of the film is an adaptation of the hit South Korean film "Ode to My Father".