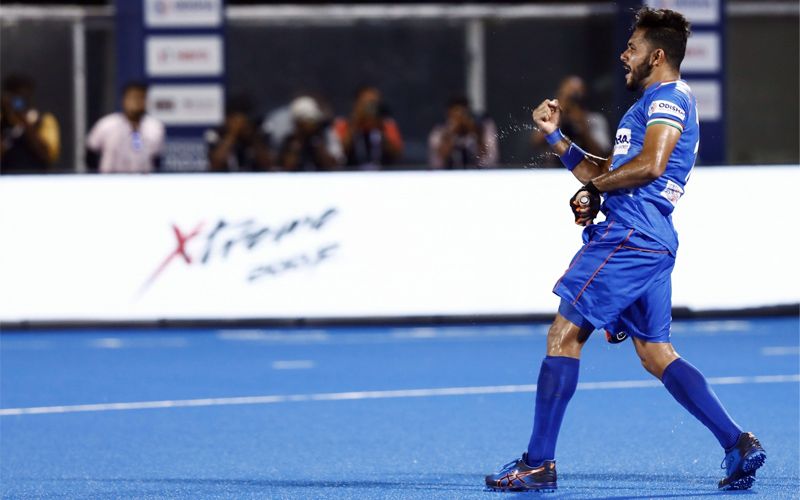 Having debuted for the Indian team in May 2015 against Japan during a Test Series in Bhubaneswar, Harmanpreet Singh has come a long way in the Indian men's hockey team, and has gained a repute of being a reliable drag-flicker, defender in the current squad.

On being named the captain of the team for the Olympic Test event in Japan where India will take on nemesis Malaysia, New Zealand and hosts Japan starting August 17, Harmanpreet, 23, feels he is ready for the new challenge.

"When I was told that I would be leading the team, it was a pleasant surprise. It is an honour and big responsibility. I am excited and looking forward to the challenge," said the ace Indian drag-flicker who was part of the India colts that won the FIH Junior Men's World Cup in 2016.

Harmanpreet said the team will be leaving for Japan with an intent to win the tournament. "Malaysia, Japan and New Zealand are good teams to play against and see where we stand as a unit ahead of the Olympic Qualifiers. Malaysia recently beat Germany in a match and Japan too are doing well while New Zealand is coming into the event with good exposure from the FIH Pro League."

"In the absence of senior players who are rested, it is important we step-up our game. We are well-prepared, having attended a special goalkeepers camp and defenders camp. We will be playing every match with the intent to win," he stated.