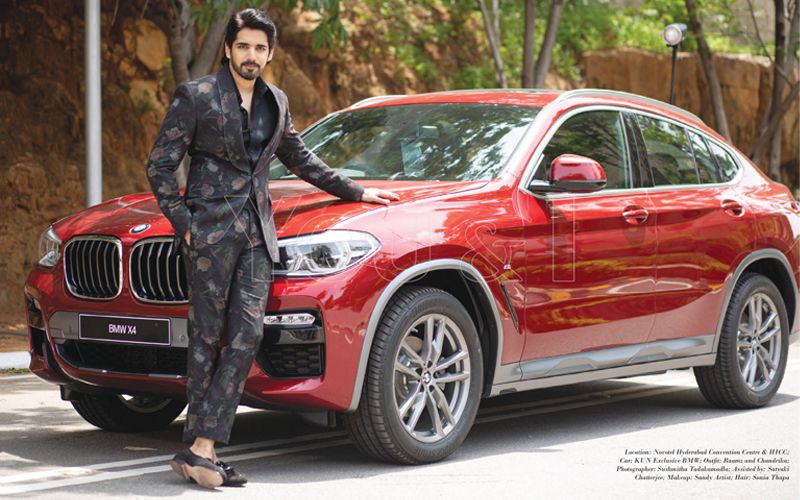 What happens when you take a dapper-looking Tollywood actor, toss in a swanky BMW, and sit down for an insightful conversation? It sounds like You & I’s annual automobile issue, where we chatted recently with Sushanth Anumolu!

The handsome actor is making head turns not just with his good looks, but also with his acting chops. With films like Kalidasu, Current, Adda, and Chi La Sow, he’s proved his mettle on the big screen by playing some impressive roles. He’s raring to go, and is currently shooting for an Allu Arjun-Trivikram Srinivas project. And there’s more on the way from the talented actor with an upcoming cross-genre film. Some tidbits from our freewheeling chat:

You come from a well-known film family. Was becoming an actor an easy decision to make in that regard?
Honestly, it wasn’t that easy. Although I was drawn towards films growing up, I was shy and an introvert. I was in college when I realised acting was my calling. I knew I wanted to be part of the film industry, but was still figuring out in what capacity. Two years into my engineering bachelors’ degree at UIUC in the US, I informed my family that I wanted to get into production. They told me I can follow my passion only if I complete my degree. I graduated and even tried working in Schlumberger in the States. However, I decided I wanted to act. So I quit my job, moved back to India and became an actor!

You did engineering before jumping ship to do films, and you’ve been lucky with your choices so far.
My choices haven’t been easy, but I’m not one to regret. Like I mentioned, engineering wasn’t my goal. It was just something that my parents asked me to pursue as I didn’t have any goal at the time. I had got into a good university so it was something I couldn’t put aside so easily. Thanks to my parents and uncle for pushing me to finish my degree. That background helps me in life and also in understanding the evolving technology in my profession. I also love electronic gadgets!

Actors talk about their roles and how the profession lets them explore feelings that they might not otherwise experience or recognise. Since you began acting, have you had to adjust how you process emotions?
It has been an enriching process. I’d like to believe that I’ve always been a late bloomer. I have been in the industry for the last 10 years, but after my last film Chi La Sow, I went to an acting workshop in Mumbai and loved it. I keep trying to get better to use my real-life emotions and experiences for the scenes I’m given. Of course, that isn’t always possible for all the characters. We have to keep evolving, learning, and improving in whatever we do, and the results will come eventually.

Do you talk to your uncle/cousins about your career choices and next moves?
When it comes to scripts, I’m at a point in my life where I try to make my own decisions. I’ve learnt from my own mistakes. However, I always keep my family updated, usually after I’ve decided. Once I’ve confirmed a script, we as a team take suggestions/feedback to keep improving. Individuality is encouraged in the family, and this is not just restricted to movies.

You’ve faced failure in life; some of your movies have done well, and others not so much. How do you cope with that?
That’s part of life. It’s just that in the film industry, everyone knows about your success and your failures; it’s not something you can hide. There have been times where well-wishers have asked me about having a backup plan. They meant well but I’m stubborn about my passion. Luckily, I believed in myself enough to overcome the tough times.

Aside from your work in Chi La Sow, which of your performances stand out now as pivotal?
My third film Adda was when I felt I smartly pushed myself – and not just physically, which I did for my first two films. I liked the climax in Adda and got to see a few teary eyes in the audience. That gave me the satisfaction and boost to work harder. And I couldn’t be prouder of Chi La Sow, too; the movie just won the National Award for Best Original Screenplay. It validates my decision to keep working during tough times, and gives me the confidence to back my judgement. 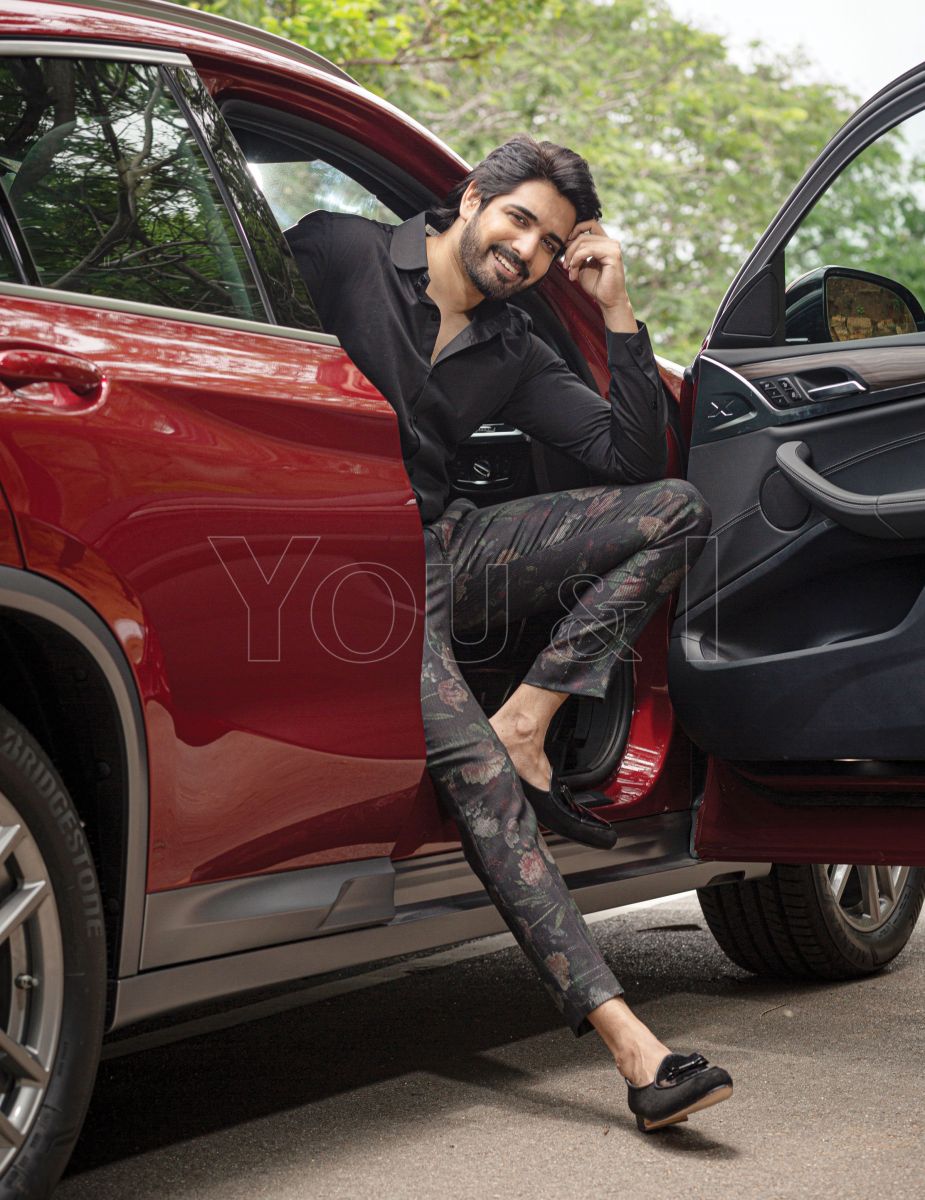 One thing you want to change in the Tollywood industry?
I think the change should come from within. I’m not here to change the industry; I’m just trying to be the best I can be.

What would others consider your greatest virtue?
I’m an easy-going person who has a lot of patience. Personally, I consider my strength to bounce back from life’s failings as another virtue.

What’s next for you?
I’m shooting for a film with Trivikram Srinivas sir and Allu Arjun. I play an interesting role and the storyline looked like a lot of fun. I’m excited to work with this amazing team, which also includes the talented Tabuji, my good friend Pooja, and the rest of the stellar cast and crew. After this, I’ll start shooting for another film which has a mix of young and fresh talent supported by experienced actors. It’s a multi-genre movie, nothing like I’ve ever done before. I will announce the project in a few days!

Skill that you still haven’t mastered?
Learning to play a guitar/keyboard and cooking!

What are you most excited about these days?
My bachelor pad. I’m always on the lookout for clever home decoration ideas, and I add little pieces to it in the form of art or technology. I recently bought a microwave!

If you could switch lives with someone for a day, who would it be?
Never thought of it, but maybe with Roger Federer, if he’s playing in the Wimbledon final and wins it!

What’s your favourite car?
There is no particular favourite, but I like the experience of driving a BMW.

What was the first car you ever drove?
I don’t remember because I would drive just about everyone’s car whenever I had the chance, even if it was just to reverse the car to someone’s house! During my college stint in America, I drove a second-hand BMW 318ti and a Ford Probe, both of which I enjoyed.

What’s in the Anumolu garage?
I’m in-between cars right now and doing some rigorous research on what to buy next!       – as told to Anisha 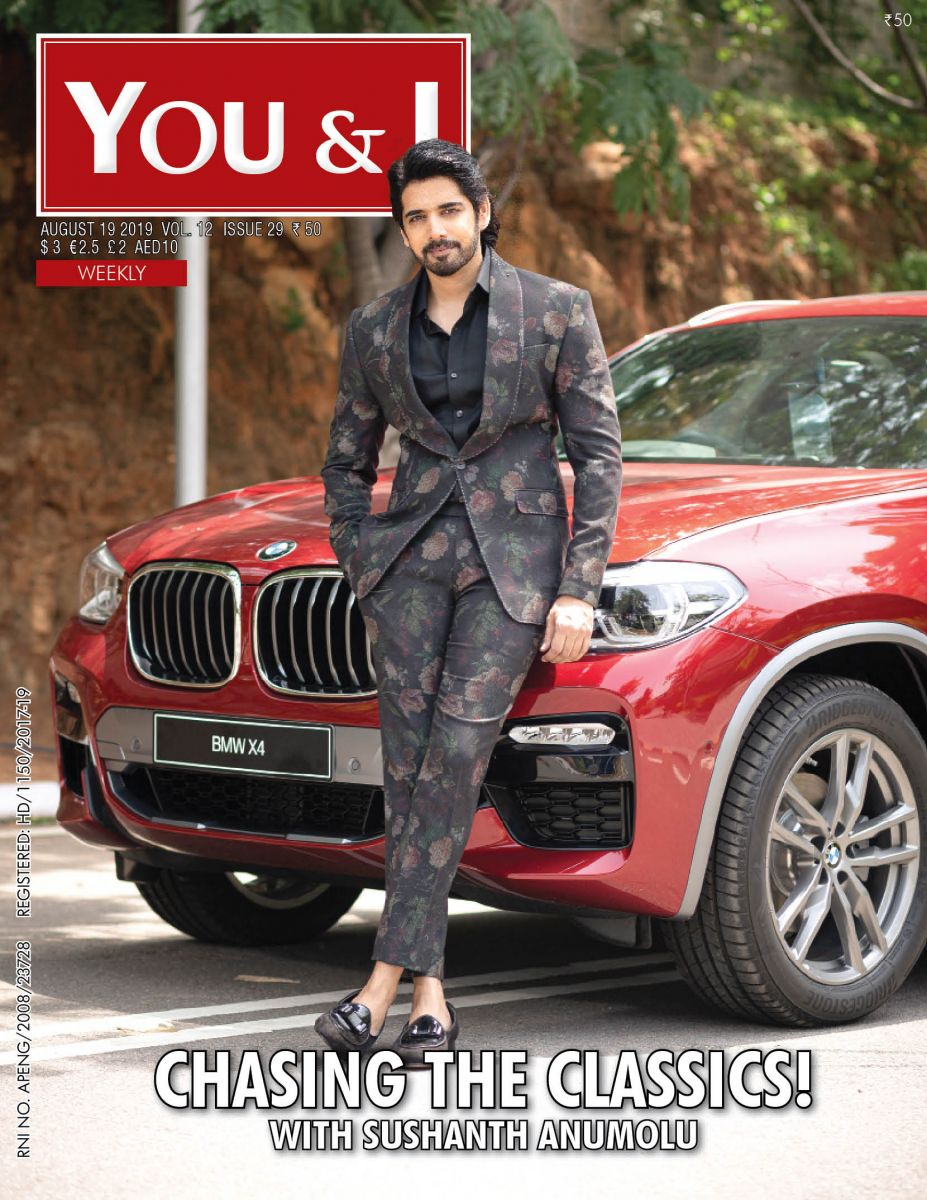