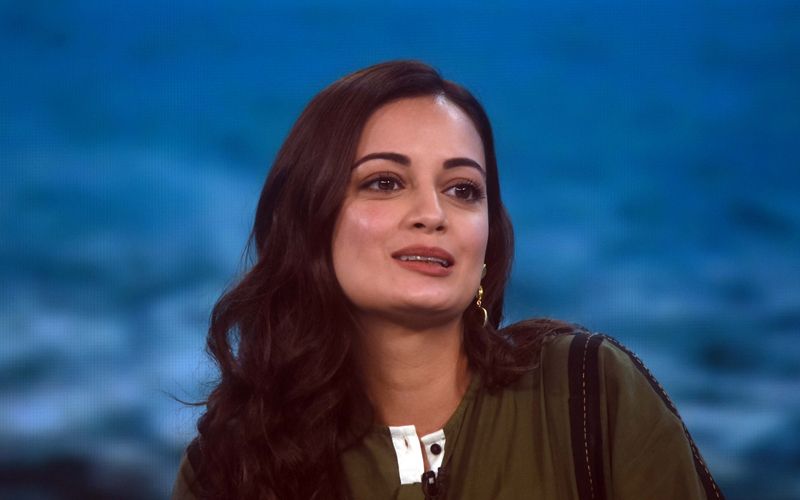 Actress Dia Mirza, who will be seen in Anubhav Sinha's next film "Thappad", says she wanted to work with the filmmaker once again after watching his critically-acclaimed and commercially-successful films "Mulk" and "Article 15". The actress has featured with Sinha's hardcore commercial films such as "Dus" and "Cash" in the past, and the upcoming "Thappad" is their third film together.

A few days ago, the team of "Thappad" wrapped up shooting. Dia Mirza, who also plays a key role, took to Twitter to write a special message on the wrap. She also appreciated the fact that the team consisted of a lot of talented women.

"Kuch kahaniyan hum sabse badi hoti hain. Iss #Thappad kis goonj door tak jayegi. some more incredible women who are a part of this amazing film are not a part of this picture. Thank you @anubhavsinha for telling this story and bringing us all together," she captioned group picture.

"Thappad" is based on a subject that defies typecasting of women.

"I just want to say that the reach of this Thappad (slap) will go far. I did two films with Anubhav Sinha ji many years ago. I think now its his 2.0 version but I worked with him before this version. I really wanted to collaborate with him since the day I had watched 'Mulk' and 'Article 15' which was made by him. I am very excited about this subject and now, he is telling stories that are coming straight from his heart. That's what makes his storytelling so special," said Dia, while interacting with the media at the launch of the clothing store Saundh on Friday in Mumbai.

Anubhav Sinha made commercial films like "Tum Bin", "Dus", "Cash", "Ra.One" and "Tum Bin 2" in the early years of his career but he has been getting praise for recent socially relevant films such as "Mulk" and "Article 15".

Asked if "Thappad" will also influence the audience like his last two releases, "Mulk" and "Article 15", Dia said: "I think people's mindset will change after watching 'Thappad'."