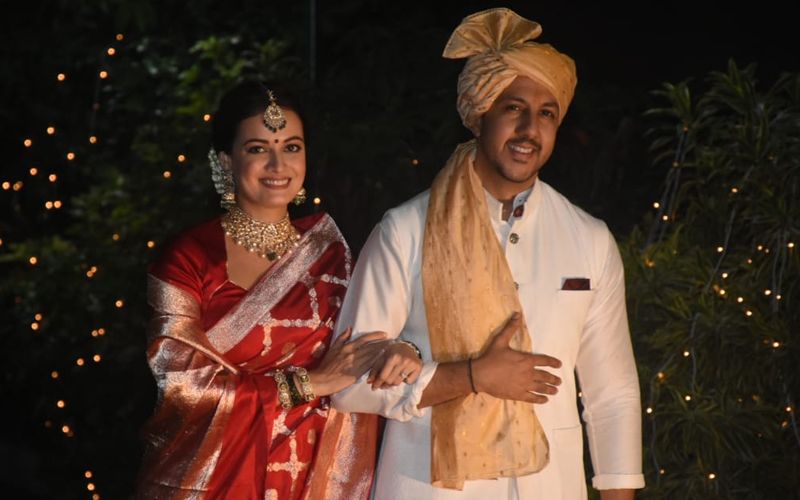 Dia Mirza is on cloud nine as she is expecting her first child with husband, Vaibhav Rekhi. The actress took to her instagram account and made the announcement.

In the picture posted by Dia, she is seen at a pier during sunset with her hands on her baby bump. She captioned the image as, "Blessed to be...One with Mother Earth...One with the Life Force that is the beginning of everything...Of all stories. Lullabies. Songs. Of new saplings. And the blossoming of hope. Blessed to cradle this purest of all dreams in my womb," she captioned the image. 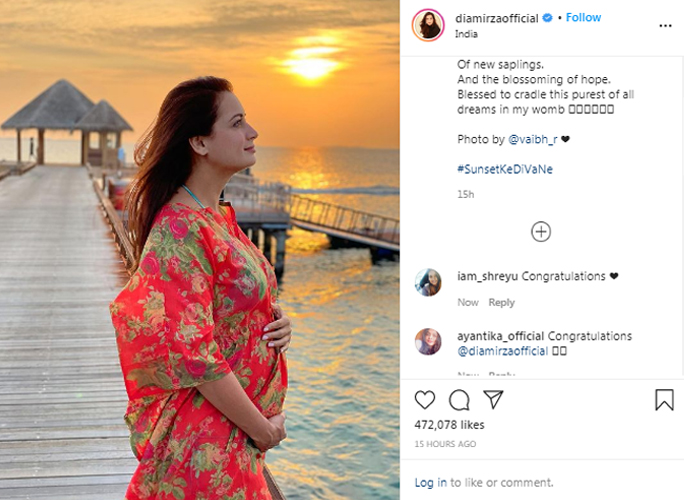 Dia got married to Mumbai-based businessman Vaibhav Rekhi in February 2021. Dia was earlier married to Sahil Sangha but they parted ways in 2019.

Both Dia and Vaibhav recently spotted holidaying in Maldives. Even Vaibhav’s daughter was also present with the couple.

On the work front, Dia Mirza was last seen in Anubhav Sinha's critically acclaimed film "Thappad". The Taapsee Pannu-starrer released last year. She will next be seen in the Telugu action drama "Wild Dog", co-starring Nagarjuna.