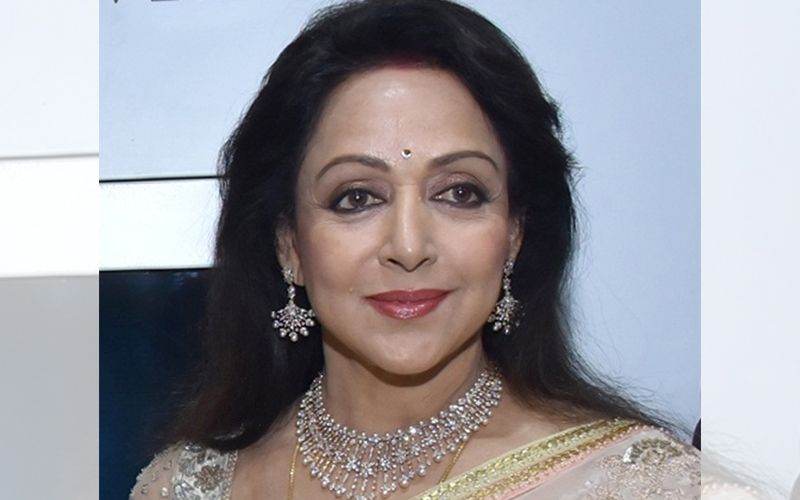 Veteran actress and politician Hema Malini has revealed that she believed love is a very beautiful feeling and she was able to express the emotion because of fellow veteran actor and her husband Dharmendra. The actress, who celebrated her birthday on Tuesday, revealed to 92.7 BIG FM that her most memorable phone call was the one where, “Dharmaji called me and said I love you.”
"Back in those days, it was very difficult as there used to be landline phones and you had to find a proper place to speak over the phone. Romance is a very beautiful feeling. I could express the feeling of love only because of Dharamji," she added.

The actress continued: "It is not like you can express this to anyone. A lot of people might love you, but you can only reciprocate to the one who you truly love and that's how it has been between us. It never happened with anyone else."

The two got married in 1980 after starring in multiple movies together such as Seeta Aur Geeta, Sholay, and Dream Girl. Even after their marriage, the two starred together in films such as Alibaba Aur 40 Chor, Baghabat, and Samraat. When asked about love, she said, "When you love someone, it comes from within. That is the most beautiful thing I believe every woman should experience. They should fall in love once. Love is such a beautiful expression. When you hear the person you love, express their love over the phone, it's a different feeling altogether, you just want to keep listening and not hang up." Hema attended the event with her daughter Esha Deol, who was to be the BIG MJ of the week.