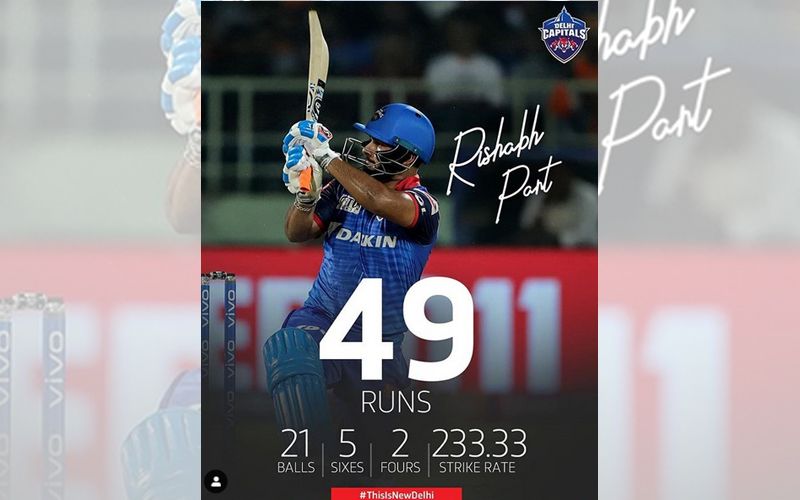 Opting to field first, Delhi Capitals (DC) restricted the Sunrisers Hyderabad162 before their batsmen collapsed in the run chase during the death overs. However, the half-century from Prithvi Shaw and the 21-ball 49 from Rishabh Pant did not go in vain as Kheemo Paul smashed four runs in the last over to take his team to victory. With this win, the Delhi Capitals face the Chennai Super Kings in the second eliminator on Thursday at Visakhapatnam.

With 163 to chase, Delhi had the match in the bag until Rashid Khan struck twice in the fifteenth over. With 42 runs required off the last 5 overs, Rishabh Pant attacked Basil Thampi, smashing two fours and two sixes in the 18th over and brought the required run rate down. Chasing twelve runs in the last two overs, Delhi was on the verge of a victory until Rishabh Pant fell prey to Bhuvaneshwar Kumar.

Five runs were needed off the last over when Delhi Capitals lost Amit Mishra for obstructing the wickets. With two runs required off two balls, Kheemo Paul smashed the ball to the boundary to help Delhi win their first ever match in the play-offs.

Sunrisers could have finished this match on the winning side but as Kane Williamson said, it was the inability to win close games that cost Sunrisers the chance to contend for a spot in the finals of the IPL 2019. He said, “To qualify with six wins doesn’t look pretty, but it’s what it is. It’s a bit frustrating when the margin is so small, and we were on the losing side of so many of those margins. Even the last three matches we played, there were some solid performances but we were nipped in the bud right towards the end. Some learning for the squad for the next year, but it’s disappointing.”

With the 11th edition of IPL coming to an end, it will be interesting to see who will take the trophy home!