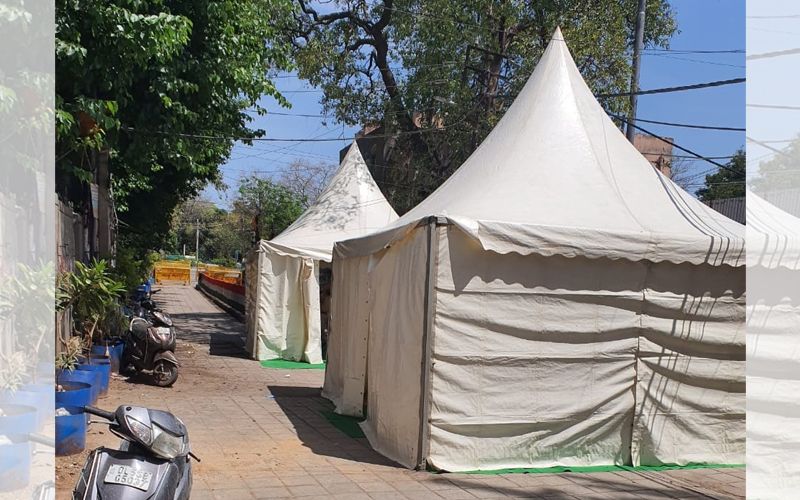 The Dargah Aala Hazrat Trust has written to Prime Minister Narendra Modi, Union Ministers for Home and External Affairs and Delhi Chief Minister Arvind Kejriwal, demanding immediate ban on Tablighi Jamaat for continuing with its Markaz congregation at Nizamuddin in the national capital despite a lockdown.

It has also demanded legal action against the Markaz organizers.

The Bareilly Sharif Dargah or Dargah-e-Aala Hazrat is a Dargah or monument of Ahmed Raza Khan located in Bareilly in Uttar Pradesh. Ahmad Raza Khan was a 19th-century 'Ahle Sunnat', who is known for his staunch opposition to Wahhabis in India.

Aala Hazrat Trust president Mohtashim Raza Khan said: "The irresponsible organizers of the Tablighi Jamaat held their conference with neither security nor healthcare professionals, even as WHO declared the novel coronavirus as a pandemic.

"They have critically endangered our country and people. Many of the attendees were unwell, but did not inform the government.

"We condemn their irresponsible behaviour and demand that the central government should ban the organization and take strict action against its organizers. They have broken a fundamental rule of Islam, which says we are responsible for every single life in this universe."

The Nizamuddin Markaz in South Delhi held the meetings starting March 13, when thousnads of people gathered in the building for the annual event.

The Markaz has been evacuated by authorities for over two days and evacuees were sent to quarantine as 24 cases of coronovirus positive were detected till Tuesday late night.

Sources say a total of 2,100 people have been evacuated from the Markaz till early morning on Wednesday and symptomatic patients have been shifted to hospitals.

The attendees were hundreds of foreigners apart from hundreds from Assam, Maharashtra, Tamil Nadu, besides many more reaching far and wide from Kashmir to Andaman and Gujarat to West Bengal

Tablighi Jamaat Markaz has been booked for violating the Epidemic Act provisions and also IPC Section 120B (criminal conspiracy). The Crime Branch will also question the Markaz chief as well as Saad Kandhalvi, who organized such a large gathering of the sect's followers in a situation where coronavirus infection spreads quickly.

Crime Branch sources said it would now look for those who participated in the event and then dispersed to various parts of the country, many among them carrying the deadly corona infection. Many states have already reported that such religious followers have already been found corona-positive.