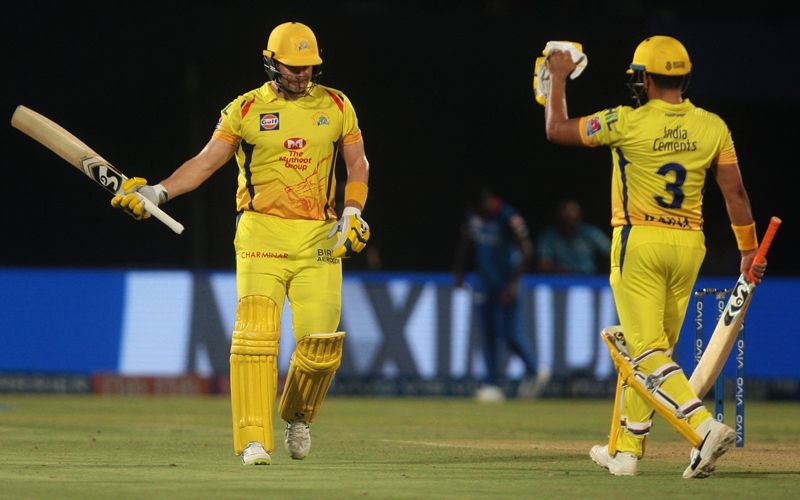 MS Dhoni said that the Chennai Super Kings' (CSK) bowling department should get the credit for getting the team to a record eighth Indian Premier League final in 10 years.

"I think the credit needs to go to the spinners: the captain only asks them that I will use you at this point of time. When they get the ball, it's up to them," said Dhoni in the post-match presentation of CSK's 6-wicket win over the Delhi Capitals (DC) in the Eliminator on Friday.

"Experience counts, but they have to do the hard yards to stay fit for 45-50 days and be at their best and playing in hot conditions. We are happy we haven't had many injuries (other than the players at the start) and thanks to the bowling department for that - we are here because of them," said the CSK skipper.

CSK restricted DC to 147/9 before openers Faf du Plessis and Shane Watson's 81-run stand got them halfway through the chase. Ambati Rayudu then led the rest of the chase and CSK chased down the target with eight balls to spare. Dhoni however said that he would have liked the openers to stay longer and possibly finish the chase themselves.

"I would have preferred the openers to get a few more runs because in knockout games, there's no reason to go after the bowlers when the RRR is below six. If the openers had stayed and done the finishing after the hard yards. Why not stay till the end and get the runs under your belt (from the openers)? That would have been better, different captains have different views about that, but I'm happy to take the win any way," said the 37-year-old wicketkeeper-batsman.

His opposite number Shreyas Iyer criticised his batsmen for not taking responsibility of sticking around.

"We didn't have as many runs as we expected. Had a disappointing start in the Powerplay and we knew that they have good spinners, so it got tough. We thought the wicket would help us as we played a game already over here but none of the batsmen took the responsibility to bat through. There were no partnerships. Good learning for us," he said.

CSK will now face the Mumbai Indians (MI) once again in the final match. This the fourth time the two sides are playing each other this season with MI having defeated CSK in the first qualifier already.