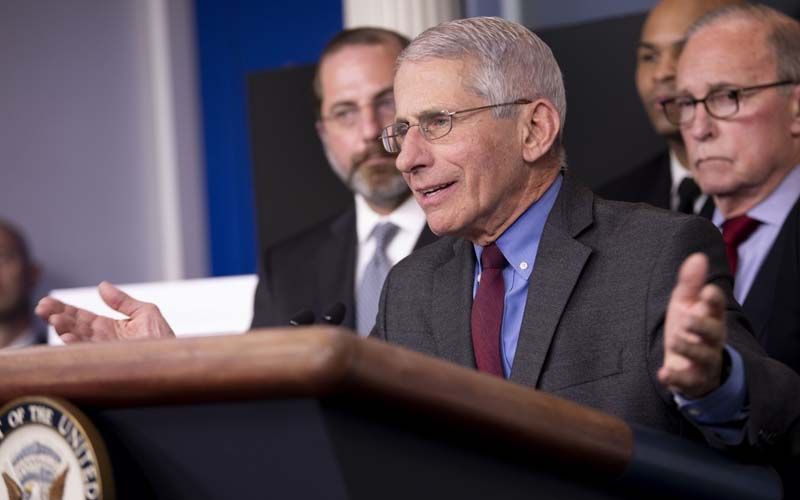 Coronavirus could very well become a "seasonal, cyclical" infection, based on the patterns it is exhibiting through its spread in the southern hemisphere, according to Dr. Anthony Fauci, the top infectious diseases scientist on the White House coronavirus task force.

"It totally emphasises the need to do what we're doing in developing a vaccine, testing it quickly and trying to get it ready so that we'll have the vaccine available for that next cycle", Fauci said at a White House briefing Wednesday.

"We're starting to see it now in the southern hemisphere where you're having cases that are appearing as they go into their winter season. And if in fact they have a substantial outbreak, it will be inevitable that we need to be prepared that we'll get a cycle around the second time", Fauci explained.

Fauci said there is now enough data because multiple different countries have gone through various phases of their individual outbreaks. "You could learn something from them about where you are in your own outbreak", Fauci explained.

Taking the example of China and using arbitrary numbers, Fauci said that when the number of new cases begins to flatten out, it is not time to "declare victory" but it is crucial because you know that you are on the right path towards blunting the peak infection rate.

Citing information coming in from Chinese counterparts, Fauci said that as China begins to relax restrictions, they have begun to report "imported" cases.

"They wanted to warn us that when we get successful, make sure you very carefully examine how you're going to release the constraints on input", Fauci said, speaking to rising public concerns over recent comments by US president Trump that he would like to open up the economy as soon as possible.

"I think we're going to have to remember we don't want to import cases in", Fauci cautioned.

In the weeks since the White House coronavirus task force was cobbled together, Fauci has swiftly risen to become the calm, persistent, apolitical counterpoint to many of US president Trump's comments.

"The president is talking about hope for people and it's not an unreasonable thing," Fauci said recently. "I've got to do my job as a scientist and others have other things to do."

Fauci has indicated early on that developing a vaccine against the coronavirus could take a year to 18 months.           - Nikhila Natarajan for IANS

The number of COVID-19 cases in the US topped 60,000 as of 3.30 p.m., US Eastern Time on Wednesday, according to the Center for Systems Science and Engineering (CSSE) at Johns Hopkins University.

The state of New York has become the epicenter of the COVID-19 outbreak in the country, with 30,811 cases reported. New Jersey and California have reported 4,402 and 2,660 cases, respectively, according to the center.      - IANS