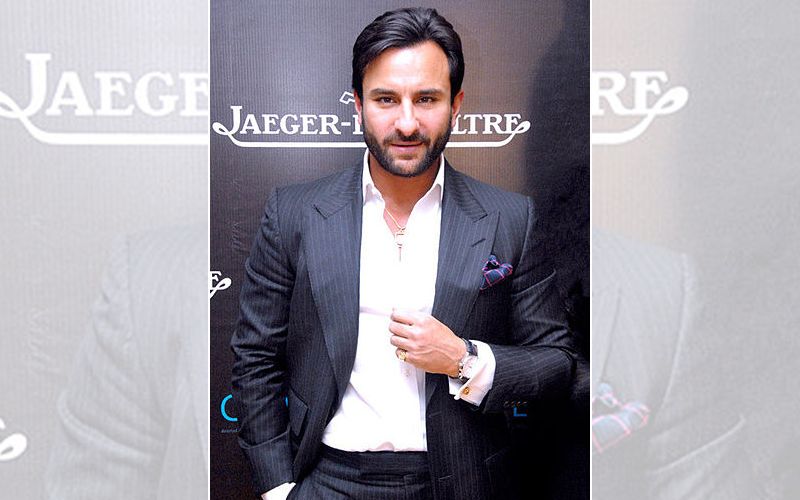 Actor Saif Ali Khan, who has entertained Bollywood buffs with a slew of, family dramas, comedies, and thrillers in his over two decades-long career, says he finds cop-mafia stories—a genre he is exploring with Netflix series ‘Sacred Games’– romantic.

The actor has himself produced films like “Go Goa Gone”, “Agent Vinod”, and “Cocktail”. If he had to produce content for the dynamic world of digital entertainment platforms, Saif told IANS that he would have produced something exactly like ‘Sacred Games’ for a platform like Netflix.

"It would not be a family drama or a love story, but a cop-mafia story set in Mumbai because I think such stories are really romantic. It is interesting to watch how the lack of opportunity that the poor suffer with makes them develop their set of surviving strategy.

Such elements make it a romantic story for the international audience... How they (the poor) get into the crime scene. Universally, we can relate to a situation that exists between rich and poor, people with legitimacy, ingenuity, and yes, there is always a story there," he says.

The story of ‘Sacred Games’ is adapted from Vikram Chandra's book of the same name. The novel takes you into the life of police officer Sartaj Singh and into the criminal underworld of Ganesh Gaitonde, the most wanted gangster in India.

It is described as a story of friendship and betrayal, of terrible violence, of an astonishing modern city and its dark side.

Saif plays Sartaj Singh, while the versatile Nawazuddin Siddiqui steps into the shoes of Gaitonde. Saif says he relied more on the show's script as a reference point.

"There are certain changes made because of the change of media from book to audio-visual. So, the screenplay is a little different. In the book, my character is quite passive and internal. That looks dull on-screen, so we made it little external," said Saif.

"However, reading the book helped me understand the essence of the character, and I love reading books anyway," he added.

Asked about his opinion on the booming industry of experimental digital entertainment and how the Indian audience is becoming receptive towards it, Saif said, "If we talk about our show, I do not think it is too experimental. Rather it is just the perfect content for the global audience put out on the right platform.

So, while the web gives you the opportunity to do anything experimental, we have parameters in mind for this kind of show. The story of our show is very Indian, rooted, and real, and also in the way it is shot. So, the makers have not taken advantage of lack of censorship.”