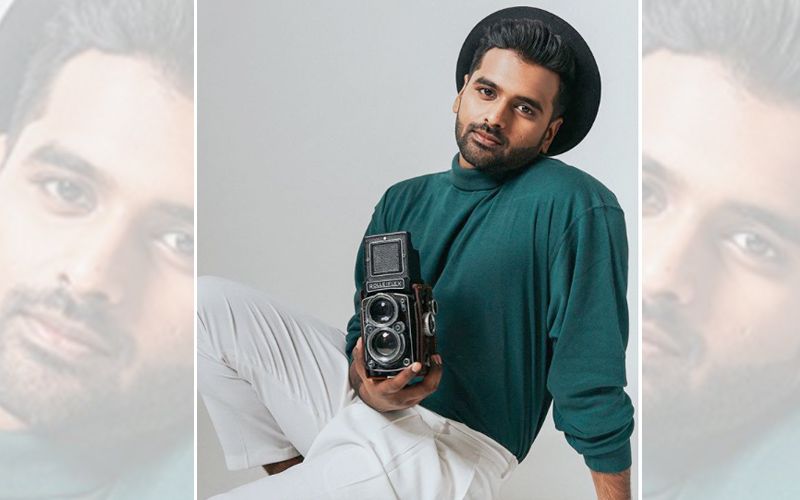 Sai Sushanth Reddy’s love for acting made him quit his career as a financial analyst and join the movie industry. Here he talks to us about his career, what’s in store for his future, and more! Check it out!

You started you career as a financial analyst and later quit your job and joined the movie industry. What made you take this step?
I’ve always loved acting, and always wanted to be an actor. Since I wanted to be financially independent, I became a financial analyst, which I eventually quit. At the same time, I started a company with three of my friends, called Rocket Farms. We wanted to get into large scale hydroponics urban farming, but once the call for my debut movie happened, it got difficult to balance both. I had to leave that aside to concentrate on films.

Tell us about your debut experience.
I don’t think I could ask for a better debut – it was Suresh Productions and Tharun Bhaskar together. I always wanted to start my career in a big production house. A few months before landing the role in ENE by auditioning, I was in Goa with my family while I was having a wishful monologue; to shoot in Goa. The universe has blessed me by giving all three things I hoped for my debut – Suresh Productions, Tharun Bhaskar, and Goa as a shoot location. Just being there made me happy. Tharun was extremely clear about what he wanted from every actor, so it was also clear for us on what we had to deliver. It was a breezy experience. I look forward to more good work with them.

How do you prepare yourself for a new role? And what keeps you motivated?
I have more experience in theatre than in cinema because I’m only two films old. So, the first thing that I ask myself is the reason for the character to exist, motivations for his actions, and the three Ws- where, why, and what. More than that, just thinking about the character, the situations that he is in and trying to relate it my past or present helps me understand the role. I love performing and being myself while acting. I love both movies of mine, but what’s next is always a constant question, and that keeps me motivated every day.

What’s in store for the future?
I’m listening to a bunch of stories but I haven’t decided which one to be part of. My criteria for a story is that it should be a new kind of cinema that has never been told before, or even if it has been, there should be a new angle to it. The story should have universal emotions. It should have a strong reason to exist, and my character should also have a strong reason for being. You can only make a great film if every character in the movie has a justification and that’s what it really boils down to.     - as told to Zainab