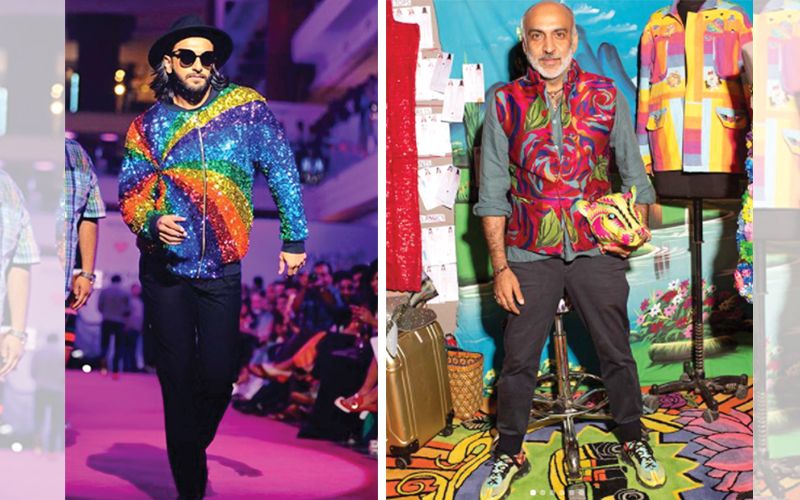 Manish Arora is one Indian designer that every fashion enthusiast with eclectic fashion could relate to. The 47-year old fashion designer who has amazed everyone multiple times with his kitsch and quirky aesthetic is still recognized as one of the most influentialnames in the Indian fashion industry.

His journey is quite unlike any other fashion designer, halfway through his degree in commerce, Arora decided to switch his career by applying to the National Institute of Fashion Technology. His determination in the field of fashion was evident when he wonthe ‘Best Student Award’ while graduating in 1994.

Manish launched his label ‘Manish Arora’ in India in 1997. He participated in the first-ever India Fashion Week in 2000, and found his second label ‘Fish Fry’ in 2001, in collaboration with Reebok. Soon after, Arora bagged an international stockistdeal with Parisian boutique Maria Luisa, all thanks to his designs shown in India Fashion Week (2003). In 2011, he worked as the creative director of the French fashion house PacoRabanne but quit the position in 2012 to expand his label.

Manish Arora started showcasing his masterpieces at various international fashion events like Miami Fashion Week and London Fashion Week, following which he was selected to exhibit his work at the Victoria and Albert Museum in London. 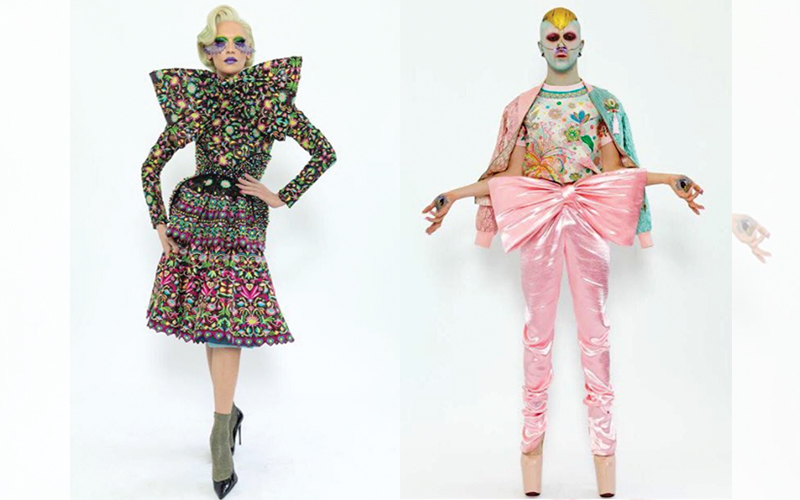 Over the years, the ace designer has collaborated with a number of brands like MAC Cosmetics, Swatch and Swarovski, to name a few. In 2012, he collaborated with Amrapali Jewels to showcase his jewellery range, including the colour blast collection inspired bythe popular smartphone game, Candy Crush. Four years later, he made his debut in menswear collection by collaborating with an e-commerce site, Koovs.com.

Arora’s ‘Cosmic Love’ collection gained massive attention during the Lakme Fashion Week in 2017, when Ranveer Singh walked the ramp for him, wearing a multi-coloured sequinned jacket. The futuristic designs of the collection were worn by models who descended from escalators, on to the runway. At the 2019 Paris Fashion Week, his designs highlighted optimism and self-love using sweatshirts and t-shirts with slogans like- “I am the one I have been waiting for” and “Everything you need is inside you”.

He presented the ‘We Are Family’ collection at the 2020 Lakme Fashion Week. This collection highlighted the spirit of LGBTQ+ community featuring performances by drag queens who donnedhis psychedelic designs. Manish’s designs include bold prints and fluorescent hues. They are funky, inspiring and ahead of time.

A Conversation With Lily Collins 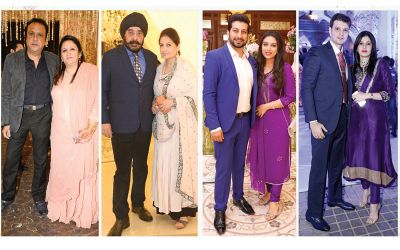 What they wore with Laxman And Vineeta Chainani, Malika and Hardeep Singh, Aamir and Ruba Javeed and Qutub and Shireen Alam Khan