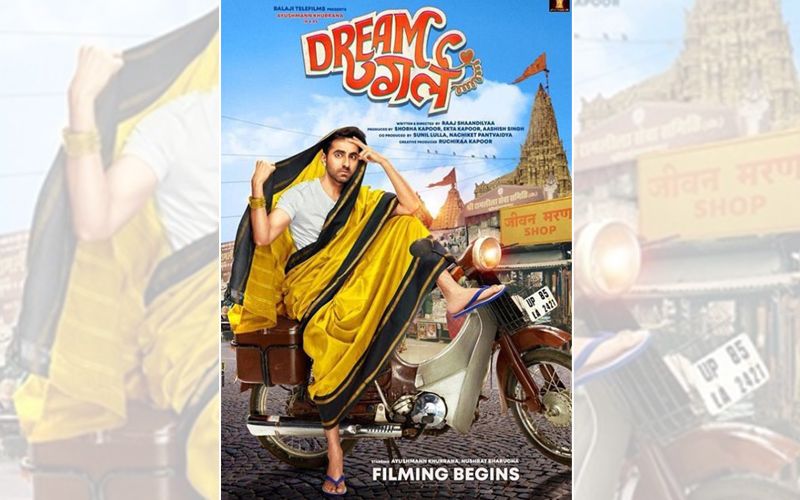 2018 has proved to be a lucky year for Ayushmann Khurrana, as both his films "Badhaai Ho" and "Andhadhun" were a big hit at the box office. Now he will be seen in a comedy film "Dream Girl".

The film is directed by Raaj Shaandilyaa and produced by Ekta Kapoor. The story of "DreamGirl" revolves around a man who appears to be wearing a saree. Ayushmann took to social media and shared the first look from the film. He is seen sitting on a bike wearing a yellow saree. He captioned the picture as, "As whacky as it can get! Here's the first glimpse of my look in and as #DreamGirl. Thoughts?#DreamGirlFirstLook #DreamGirlFilmingBegins @ektaravikapoor @NushratBharucha @RuchikaaKapoor @writerraj @balajimotionpic". The shooting for the film has started.