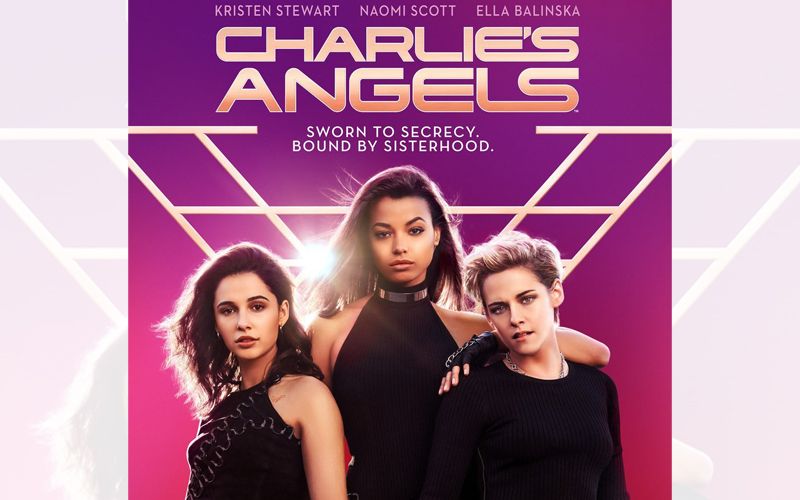 This 118-minute, hurricane-paced spy thriller is the latest big-screen spin on the 1970s TV series and a pair of films that released in the early 2000s. It is a spirited eye-candy with a strong feminist streak but light on content.

The film is about three women spies — the Angels — who work for a private security and investigative agency, called Townsend Agency. The Agency is owned by an anonymous millionaire called Charlie who runs his missions through Bosley, his proxy or second in command.

While the film's basic premise will be familiar to anyone who ever watched the original TV show or the earlier films, it bears no resemblance to the prior versions of "Charlie's Angels".

The Agency has now grown and has a global presence. It has the smartest and most highly-trained women from all over the globe -- multiple teams of Angels guided by multiple Bosleys. Someone helpfully explains: "Bosleys are now a rank, sort of Lieutenants."

The film begins in Rio de Janeiro, with Sabina Wilson (Kristen Stewart) in a blond wig teasingly seducing Jonny Smith (Chris Pang), a criminal figure, as a part of a sting operation. Coming in to help her when she is cornered, is former MI-6 agent Jane Kano (Ella Balinska). Together, they put their lives on the line to succeed.

A year later these two are reunited in Paris, to rescue Elena Houghlin (Naomi Scott), a young systems engineer who is a key cog in a company that created Calisto, a new sustainable alternate energy source that has an unfortunate side effect: It could kill people. So in the wrong hands, Calisto could be weaponised as an instrument of mass killings.

The Angels, Sabina and Jane along with Rebecca (Elizabeth Banks) as their Bosley on the case, unearth the said clandestine plot.

At first this seems like a simple assignment, but soon the plot gets complicated and the situation turns dangerous, with Elena becoming a blubbering wreck. Fortunately, the other two women take Elena under their wing and she becomes an Angel-in-training.

Writer-director Elizabeth Bank's script initially shows potential of a superb comedy, but soon deviates to a predictable action plot that appears generic with perfectly-styled and manicured scenes that are unexciting in nature.

The first act is solely centred on Elena who subjects herself to playing by the rules of her male superiors. The second act focuses on Jane and Sabina and they don't even have an arc. It is only in the third act during the final action set piece that the film becomes fun to watch.

The cast is overall appealing and they seem to have a great camaraderie. They appear to have a fine time delivering staid dialogues with bad punchlines in awkward situations. While Kristen Stewart and Ella Balinska looked chic, Naomi Scott, who earlier mesmerised us as Princess Jasmine in "Aladdin", is lost in this rigmarole.

The males -- Jonathan Tucker as Hodak the menacing tattooed bad-man, Patrick Stewart as John the original Bosley who has just retired, Sam Claflin as Elena's fussily incompetent boss Alexander Brok, and Luis Gerardo Mendez as Saint, the chef and therapist to the Angels -- have their moments of on-screen glory and they make their presence felt in all earnestness.

Overall, the film, while speaking about "girl power", is wildly entertaining despite not letting you get emotionally invested.       - By Troy Ribeiro for IANS