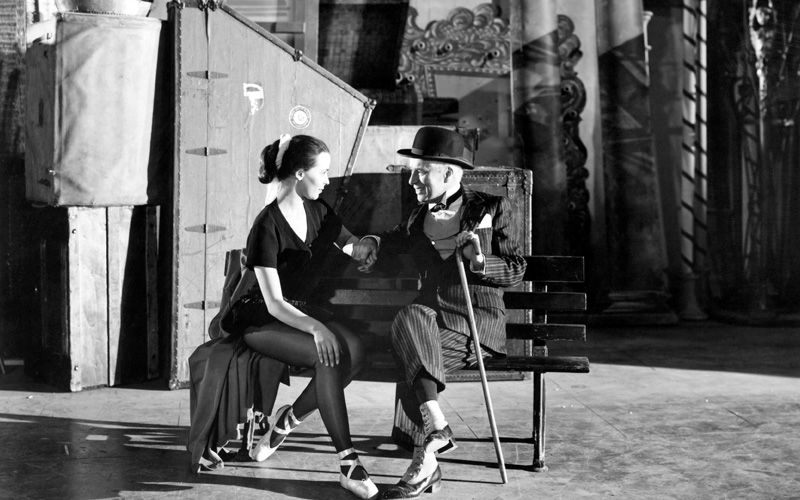 This is Charles Spencer Chaplin’s masterpiece talkie from the year 1952. The film was shot in black & white print. Those of you who have not seen this gem of a film would find that this is even a better effort than his `Great Dictator’.

This film is all about Chaplin reflecting on his years as an entertainer.

Synopsis
Terry, played by Claire Bloom, is depressed over her failed career as a ballerina and she attempts suicide. She is rescued by Calvero, played by Charles Chaplin. He was a stage clown, once famous and now leading an impoverished life. He revives Terry’s prospects and her health. In the process, he ends up recovering his own self-esteem. When Terry proposes to marry him, he feels that their age difference would come in between their love and he leaves her to become a street clown once again; so that she could forget him and pursue her friendship with a budding young composer, played by Sydney Chaplin.

Calvero reminisces on his days as a fading clown. He helps a paralysed ballerina regain the use of her legs and achieve fame; but at a great cost to himself. The film became famous for the teaming of Buster Keaton and Charlie Chaplin in some scenes. Claire Bloom, the leading lady, called the narrative a fairy godfather story. The script seems autobiographical, a bit like City Lights. It is not a mushy or sentimental story.

I feel that the final scene is a heart wrenching one as Terry is able to help Calvero enjoy one last triumphant moment with her success as a prima ballerina; amidst that excitement, he suffers a fatal heart attack. As his life is drawing to its close, Terry’s is rising in a crescendo of a solo ballet act which ends the film with a beautiful and haunting melody; the music score for this film was written by Charles Spencer Chaplin, himself. It is a magnificent music score. The main theme and the elegy themes of recollection are beautiful. 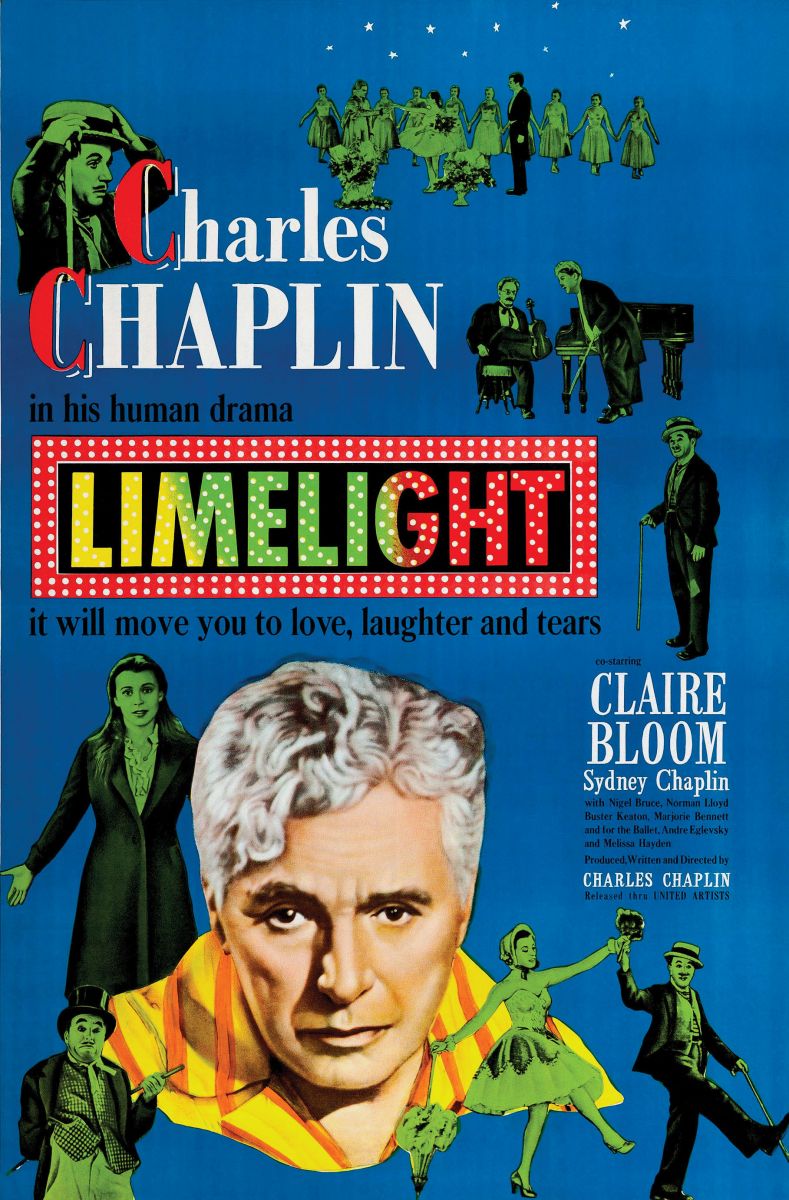 The flashback technique, about Calvero going to sleep in the night, reminiscing about his days of his comedy acts and being in the `limelight’ and his eventual fading success, is very capably captured. The high shots, while the stage is being changed and the ballet acts are captured, are extremely innovative.

Some critics of Chaplin dared to call this film silly and a self-serving megalomania experience, but they could not scrape through beyond that superficial spat. I adored this film when I saw this for the first time and was mesmerised by it. The dialogue delivery of Chaplin is top notch and a class apart. It is indeed great to see him speak; and speak so well and with clarity. There is one dialogue at the end with Claire Bloom, when she wants to marry him and wants to settle down in the country; he replies to her saying that she is wasting her love on him, and that his life would always be dedicated to the theatre. But when she reminds him that he has started hating the theatre, he says, “Yes; I hate the theatre. I hate the sight of blood, too; but it flows in my veins.” The way he spoke this dialogue hit me like a punch in the face and the panache with which he executes this dialogue is simply electric!

Limelight reveals many basic truths about humanity. The film is pure pathos interspersed with a little comedy thrown in. Chaplin will definitely stir the cords of your heart and your eyes are likely to water. He has a tendency to do this in many of his other films. This is the finest work of Chaplin, as a director and actor. The film abounds with incomparable grace and wit.     -- Tahseen