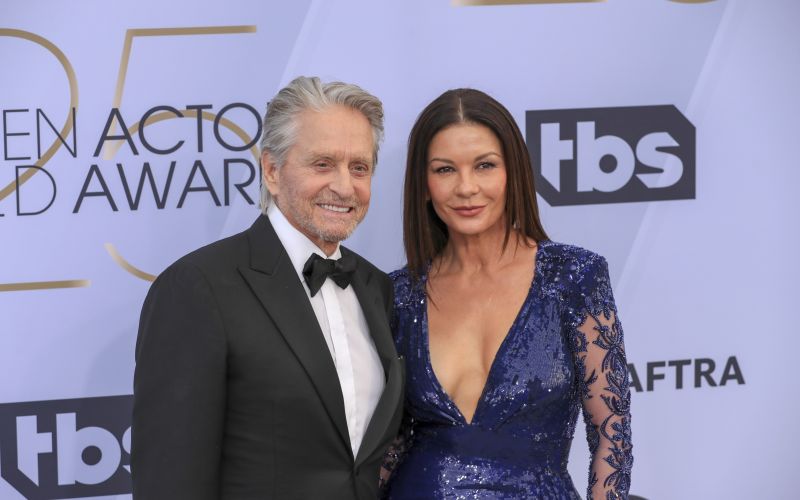 Actress Catherine Zeta-Jones has admitted that she is short of patience when it comes to her family, adding that she "snaps" at them a lot.

During an Instagram live session, the star, who is currently self-isolating amid the coronavirus crisis with her husband Michael Douglas, 75, and their children Dylan, 19, and Carys, 16, confessed that it is a result of being so nice to her fans in public, reports dailymail.co.uk.

"(It's) all part of the (film) business but there's a lot of effort one puts into being nice to total strangers... not getting p****d off when someone comes up to you while you're having dinner. We spend time being nice and polite and gracious to people and then sometimes you go snap to the people you live with," said the 50-year-old.

"The people you are closest to in the world, you don't stand for any s**t, the little things. If a total stranger had said or done that, you would probably be very nice and wouldn't flip your lid," she added.

The actress also shed some light on life in the Douglas household during COVID-19 isolation, comparing it to her childhood Christmases in Wales. Sharing that she and the family have been playing pool and board games at their New York home, she said: "I feel like I've gone back in time to my nana's house!"

It comes after the actress shared that she waited almost 20 years to look at the photographs from her 2000 wedding to Douglas. "I looked at the proofs and that was it -- I never made an album. The photographer got in touch recently, so about three weeks ago I got to see all my wedding photographs. It was a wonderful day," she said.

However, rival magazine Hello! published some secretly taken shots, which sparked a legal battle, during which Zeta-Jones gave evidence. It led Hello! To pay out more than 1 million pound.      - IANS